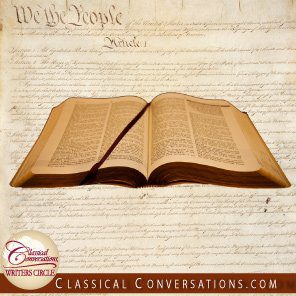 It has become taboo today to mention anything relating to Christianity in the same sentence with anything regarding law or public policy. If you mention anything that even remotely sounds like Christian theology in a public policy context, you are immediately met with screams of “Separation of church and state!”, “We are a secular democracy!”, or “You are trying to establish a theocracy!” In such a climate, it is good to reflect on the proper use of Christian theology in law, governance, and public policy.

First of all, I should point out that, whether we want it to be or not, theology (whether good theology or bad theology) actually is at the core of all public policy, especially in the United States. The Declaration of Independence states this: “We hold these truths to be self-evident, that all men are created equal…” Now, let us ask ourselves, is this truth really self-evident? Throughout the entire course of human history, people have wanted to divide people into classes. Whether it is through the caste system in India, through the nobility of Europe, or through simple racial preference, what has been self-evident to humans is that “we” are better than “they.” So how could the writers of the Declaration of Independence claim that it was a self-evident truth? The answer is that they had been raised under Christian doctrine.

“There is neither Jew nor Gentile, neither slave nor free, nor is there male and female, for you are all one in Christ Jesus” (Galatians 3:28). “For all have sinned and fall short of the glory of God” (Romans 3:23). “Suppose a man comes into your meeting wearing a gold ring and fine clothes, and a poor man in filthy old clothes also comes in. If you show special attention to the man wearing fine clothes and say, “Here’s a good seat for you,” but say to the poor man, “You stand there” or “Sit on the floor by my feet,” have you not discriminated among yourselves and become judges with evil thoughts?” (James 2:2-4).

And there are many more. So, we can see that at the core of our country, at the Declaration of Independence, we have distinctively Christian doctrine. So, if someone says that using Christian doctrine violates the rights of other people who are not Christian, they are simply incorrect—it is specifically Christian doctrine that has created and enabled those rights to begin with.

However, it is very easy to get the wrong idea. The goal of using Christian doctrine is not to make the state an arm of the church. Jesus’ commands were to a people who were not in control of the government and therefore, care must be taken to properly apply Christian doctrine to the affairs of state. The church’s function is for believers, while the state’s function is for all of the people in the community, no matter how large or small. The state’s actions are by nature coercive. The community of God is by nature voluntary. If we tried to use the state’s power to force people to believe Christianity, we would be misusing the power of the state, and misunderstanding what Christianity is.

However, in order to properly govern, the state must presuppose knowledge about nature, reality, and humanity. If the state misunderstands human nature, its laws will be ineffective or even counterproductive. If the state misunderstands the source of evil and corruption, it will also fail to curb it and may wind up perpetuating it instead. Christianity—through the Bible, through church teaching, and through Christian reflection over thousands of years—has quite a bit to say about the nature of reality and especially human nature. Christianity best serves law and governance by providing better perspectives on the nature of reality, and then reflecting on how government can be most effective in the light of that reality.

Let me present a case study from Reinhold Niebuhr’s The Irony of American History. In this book, he shows how the doctrine of sin has affected different governments. Niebuhr presents two incorrect doctrines of sin which have led many governments astray. Now, as with most theology, being an atheist does not prevent a person from having a theology. A “doctrine of sin” simply means “an explanation for what is wrong with the world and how it got that way.” Communists, like everyone else, operated with a doctrine of sin—they believed that property was the cause of sin. Therefore, they believed that by removing property from society they would remove sin. Communism failed because they operated on a false doctrine.

Modern western democracies also have a concept of sin which is equally errant—that the cause of sin in the world is ignorance. Therefore, if we can simply educate the unwashed masses, then our problems will be solved. Modern libertarians often have their own errant doctrine of sin: that the government is the root of sin in the world and if we get rid of government, we will have removed sin.

So, what is the Christian doctrine of sin? The Christian doctrine of sin is that of “original sin.” That is, sin comes with being human—we were born with it, and it cannot be removed. There is no “solution” to sin other than Christ, but the negative impact of an individual’s sin can be mitigated within a larger population guided by Christ. John Adams said, “We have no government armed with power capable of contending with human passions unbridled by morality and religion…Our Constitution was made only for a moral and religious people. It is wholly inadequate to the government of any other.” Though Adams was a Universalist, he recognized the truth of original sin, and the role that Christianity played in maintaining the freedoms outlined in the Constitution.

This method of applying doctrine to public policy issues is not something that can be done quickly, lightly, or half-heartedly. It requires a commitment to deep thought and reflection. It requires looking deeply into the issues that affect us and not just their surface features. We have to look not just at the laws themselves, but at their purposes and their understandings of how reality works, and then analyze whether those hold up under the truth of Christianity.

I will leave you with this illustration from G. K. Chesterton’s Heretics:

Suppose that a great commotion arises in the street about something, let us say a lamp-post, which many influential persons desire to pull down. A grey-clad monk, who is the spirit of the Middle Ages, is approached upon the matter, and begins to say, in the arid manner of the Schoolmen, “Let us first of all consider, my brethren, the value of Light. If Light be in itself good—” At this point he is somewhat excusably knocked down. All the people make a rush for the lamp-post, the lamp-post is down in ten minutes, and they go about congratulating each other on their unmediaeval practicality. But as things go on they do not work out so easily. Some people have pulled the lamp-post down because they wanted the electric light; some because they wanted old iron; some because they wanted darkness, because their deeds were evil. Some thought it not enough of a lamp-post, some too much; some acted because they wanted to smash municipal machinery; some because they wanted to smash something. And there is war in the night, no man knowing whom he strikes. So, gradually and inevitably, to-day, to-morrow, or the next day, there comes back the conviction that the monk was right after all, and that all depends on what is the philosophy of Light. Only what we might have discussed under the gas-lamp, we now must discuss in the dark.