It’s All about Conversation: Discovering Pearls of Great Worth 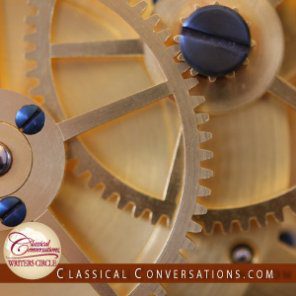 It’s All about Conversation: Discovering Pearls of Great Worth
by Kate Deddens

One thing have I desired of the Lord, that will I seek after; that I may dwell in the house of the Lord all the days of my life, to behold the beauty of the Lord, and to inquire in his temple.
Psalm 27:4, KJV

Since conversations are such a critical part of the Classical Conversations Challenge seminars, it is important to have an idea of what those conversations aim towards. They are, in fact, modeled upon the conversations of the famous ancient Greek philosopher, Socrates, recorded by his student Plato in a series of extant texts called Socratic Dialogues.

What, then, is a dialectic discussion based on the Socratic model? The question can be answered different ways, and there probably are a variety of answers that can be made. Here is an overview of what I think it is. Briefly, ‘dialectic’ comes from the Greek dialogos, which comes from the verb dialegesthai meaning ‘to converse.’ This itself derives from the Greek verb legein, which means to ‘collect, gather, speak’ and, most interestingly, comes from logos (the same word used in John 1:1 to describe Christ), which means: word, reason, speech, and account. Examining all the above definitions, I have cobbled together a rough description of dialectical discussion: “a method of collecting and gathering up information and ideas through a spirit of inquiry in conversation, to reason about that information and those ideas, and to give an account of them.”

To use an analogy, a dialectic discussion is like hunting for treasure. Imagine that a band of friendly fellows sets out to discover a treasure. As they go, they follow rough guidelines (because they do have a general idea of where they are and where they are going; they have glimpsed it through tales or rumors, and in their epic songs), but along the way they must ask many questions to orient themselves, and they must look for many clues to confirm they are going in the right direction. Next, imagine all of them observing things along the way, asking each other questions about whether any of the things noticed are important clues or not (landmarks, if you will), marking down those that they agree are significant and occasionally leaving trail marks of their own so they can find their way back home.

Sometimes this group of friends meanders down the wrong path for a while before realizing they are going in the wrong direction, and then they must retrace their steps to get back on track. Eventually, after gathering all the clues and drawing their final map, they reach their goal and discover the precious treasure. Finally, delighted in their discovery, they examine the treasure, describing its splendor in the most accurate, beautiful, and honest way they can—for they not only want to cherish it themselves by describing it with discernment, they want to be able to share the beauty of that treasure with others who have not gone on the journey with them.

Since the location and terrain on this treasure hunt may vary, and since the treasure itself could be just about anything, one of the most important words in the above definition of dialectical discussion is method: dialectic discussion is not specific to any subject; it is a method and a means of discovery based on inquiring minds asking clarifying questions, gathering answers, and ordering them in the most logical way with the aim of reaching sound conclusions.

What are these conclusions about? All things that we are able to ask questions concerning—which amounts to a multitude of terrific treasures in creation, which God himself declared to be good. Thus, because dialectic discussion is a method, it is the same across all subject areas! So if you feel confident with this kind of conversation in one area, such as discussing the Bible or talking about literature, you can engage in dialectic discussion in any other area—including realms we do not usually associate with ‘conversation’ such as math and science!

This requires opening up the portals of possibility in a conversation and considering paths of discussion which may, at first, seem irrelevant to the task. But remember, a clock is made up of gears and it is important to understand those gears, but the clock’s purpose does not lie in the gears! A conversation about a clock would therefore not focus, forever, on the gears. Once the gear system is understood, conversation either stops or it must move into more profound depths. To draw out the metaphor: discussions in the Classical Conversations Challenge programs aim to take students from learning about the gear system of a clock to pondering the complexities of time itself.

For students involved in this kind of conversation, the discovery of treasure is an exhilarating experience. It is the proverbial “Aha!” moment. Remember how wonderful it is to suddenly see something you have not seen before, like a beautiful sunset—it is probably in some ways like any other sunset and yet it is totally unique and breathtaking. When we experience such beauty, we usually want to set off in search of more of it. Our students are the same: the more they experience such “Aha!” moments, the more they will want to seek more of them, and in so doing, they will come to love learning and the treasure hunt that leads them to greater knowledge, understanding, and wisdom. Then, because they are seeking treasure amidst truth, goodness, and beauty within the Christian worldview, they will discover pearls of great worth.