Lessons from The Meno for Challenge Parents and Tutors 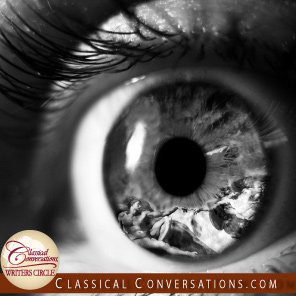 A man once asked his teacher whether virtue could be taught. In the course of the conversation, not only did the man and his wise mentor discuss the topic of virtue, but a young slave boy, through the simple process of answering questions, stumbled upon the Pythagorean Theorem. Well, to say he “stumbled upon it” is to underestimate his questioner, who has since gone down in history as the famed philosopher, Socrates. Nevertheless, that is essentially what happened: through answering questions, the young slave boy came, of his own accord, to articulate a significant mathematical concept. How remarkable. For one thing, what an amazing question in the first place! “Can virtue be taught?” How many theologians, philosophers, teachers, and multitudes of parents have struggled to articulate a clear answer to that question over the course of human history! But then, in the midst of a conversation about pedagogy and virtue comes an astonishing revelation: with nothing more than the guiding probes of Socrates, an uneducated boy articulates one of the most fundamental mathematical truths. Incredible. What could be the point? It might help to unveil the story a bit more: this is the narrative of Plato’s famous Socratic dialogue entitled The Meno. If we listen in, briefly, to the discussion between Socrates and Meno, we may be enlightened:

SOCRATES: What do you think, Meno? Has [the boy] answered with any opinions that were not his own?

MENO: No, they were all his.

SOCRATES: Yet he did not know, as we agreed a few minutes ago.

SOCRATES: But these opinions were somewhere in him, were they not?

SOCRATES: So a man who does not know has in himself true opinions on a subject without having knowledge.

MENO: It would appear so.

SOCRATES: At present, these opinions, being newly aroused, have a dreamlike quality. But if the same questions are put to him on many occasions and in different ways you can see that in the end he will have knowledge of the subject as accurate as anybody’s.

SOCRATES: This knowledge will not come from teaching but from questioning.

What is Socrates getting at? As a student of Plato’s Dialogues, I think he is arguing that human beings are created with an innate recognition of the true, good, and beautiful. As a Christian, I think that innate recognition is part of what it means to be made in the image of God, and to be created with the purpose of being in fellowship with Him, to achieving a state of harmony with Him—a state of doxology in which we reflect back to God all that emanates from Him and resonates with Him in creation. And achieving this doxology is not a process of education in which truth, goodness, and beauty are instilled, but one in which they are flamed to awakening.

I often think of the ancient historian Plutarch’s words:

For the mind does not require filling like a bottle, but rather, like wood, it only requires kindling to create in it an impulse to think independently and an ardent desire for the truth.

You may have heard it paraphrased this way: “the mind is not a vessel to be filled, but a fire to be kindled.” We know from Socrates that at least one efficacious way to light this fire is not to lecture at our students, but to ask them good questions. Not only did Socrates provide a proof of this method’s reliability over and over again in the Dialogues, but we need only look at the history of most education since Plato’s Academy was founded—which until recently has been classical in nature—or survey human discovery of all kinds to find that an attitude of active curiosity—and a tendency to hypothesize, test, and explore—has resulted in tremendous advances in human knowledge and creativity.

There are two further conclusions that can be reached from this brief glimpse into The Meno. One is that Truth can be known; in fact, it is through the process of inquiry—asking questions—that men can work towards grasping and articulating Truth (just as the slave boy had been able to do), thereby reaching “Aha” moments, epiphanies of such clarity and depth that individuals are forever marked by experiencing them. The other is that the answer to the question about virtue can be extrapolated: virtue cannot be taught; it must be awakened.

In Norms & Nobility, David Hicks discusses the questioning process cultivated by Socrates this way: “Socrates identified dialectic as the form of the activity of thinking—the mind’s habit of challenging the thoughts and observations originating in itself or in other minds and of engaging in…dialogue…until the issues are resolved” (67). Furthermore, Hicks argues that conscience arises out of the dialectic process, and “Conscience commits the student to the truth…establishing in him the good life, the life of virtue…” (69). Thus, Hicks concludes:

The purpose of education is not the assimilation of facts or the retention of information, but the habituation of the mind and body to will and act in accordance with what one knows (20).

In the Challenge seminars, we endeavor to facilitate an environment in which students come to know Truth, Goodness, and Beauty. In turn, as Hicks says, they will endeavor to articulate what they know in all that they do: articulating truth, living out goodness, and creating beauty in the world.

It is to this end, is it not, that we want to educate our children? To a life of virtue, which is awakened in us through the conscience that is born out of dialectic conversation, fostering in us the ability to participate in a great song of praise: a doxology to the Lord.