Mathematics and Theology: The Problem of Quantity and the Importance of the Immaterial 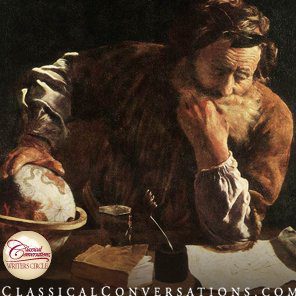 Our current world is obsessed with quantitative thinking. Frankly, I am, too. Numbers are extremely helpful in gauging all sorts of things in life, from the output of the economy to the number of people who show up in church each week. The problem, however, is that in order for quantitative thinking to work well, it needs to be considered using the proper perspective.

Many people, when they use quantity, think that they are measuring something of value. However, what is valuable is almost never the number itself; rather, it is something immaterial behind the number. For example, let us consider the unemployment rate. Many people think that the unemployment rate is an important measure of the health of the economy, and it is. Nevertheless, let us pretend that we had full employment, but everyone was employed as a street sweeper. In spite of us all having jobs, we would soon die from starvation, since there would be no one performing the functions of growing, shipping, and selling food.

Would this be rational behavior? Of course not! The reason is simple: the quantity of white blood cells was merely an indicator used for a larger, immaterial notion—health. Killing white blood cells may change your quantity, but it does not usually improve your health. Likewise, having a high unemployment rate is an indicator of a struggling economy, but such economic problems are not solved by putting people in nonproductive jobs.

In modern society, we have a tendency to either ignore or subjectivize spiritual and immaterial things. In other words, the underlying assumption is that spiritual ideas are not useful for public discourse, because either they are not true or they are a matter of preference. When faced with difficulties you might pray, but I might bite my nails. To modern society, the difference between these two responses is entirely based on preference.

Because of this, we have a tendency to place more value in material quantities that we can measure over and above the immaterial qualities that are being evaluated. In public policy, we combat a debt crisis by printing more money. The debt crisis is not a money problem, and cannot be solved by changing the quantity of dollars in the system. The money problem is simply an indicator of a larger societal problem. If we attempt to solve it simply by changing the numbers, we are doing the same thing that we would be doing if we killed off our white blood cells before surgery—addressing the quantity measure rather than the problem.

Many churches do this, too. In Eugene Peterson’s book, The Pastor, he tells the story of his experience with church planting. The denomination required that he fill out forms with statistics about his congregation, baptisms, giving, and so on. There is nothing wrong with this, especially when done in the context with the spiritual aspects of the church. And, in fact, the form had questions for reflection on the spiritual growth of the congregation. Well, Peterson suspected that the denominational offices were only reading the first page, so he started making up wild and fantastical stories about having drinking problems, affairs, and other things. None of these were even noticed or read by the denominational staff. They looked only at the statistics and nothing more.

So as you can see, even in the church, we have developed a tendency to place quantity over and above the immaterial things which they are intended to indicate. There is nothing wrong with looking at church attendance, or baptisms, or giving. These are all great indicators of what is happening in a church, and can help leaders see collectively what is happening across denominations all at once. However, they should never be taken either as the real story or the whole story.

The solution to a decline in giving is not necessarily to start a campaign to increase the giving numbers. The solution to low numbers in the pews is not necessarily to advertise more. In fact, sometimes we may need the low numbers. If giving is down because people are more in need, then perhaps the solution is to cut programs instead of asking for money from people who do not have it. Or perhaps it is a faith problem in the congregation. Maybe they are too complacent with what they have and need to be challenged to give beyond what they can. The point is not that low giving has a single solution, but rather that it does not. As a quantity, it is merely an indicator and must be used judiciously by someone who is able to use the numbers to see the deeper issue.

When dealing with large problems such as poverty, the usual numbers are almost meaningless. When dealing with third world poverty, for instance, most helpful practices actually tend to increase the number of people in poverty first. Why? Because the first thing that people will spend their new wealth on is health care. Thus, you have more people in poverty because fewer of them are dying. It would be a tragedy to start something successful and then stop it because the numbers look bad. It is certainly important to track the numbers and the poverty rate. But it is a terrible idea to mistake the numbers for the immaterial reality of the situation.

Quantity is an important part of modern life, and our society has come up with amazing ways to measure and quantify nearly every part of life. However, we must ground our understanding of the meaning of these quantifications into the spiritual reality that is truer than the numbers.