N2K competition will feature its own ‘human computers’ 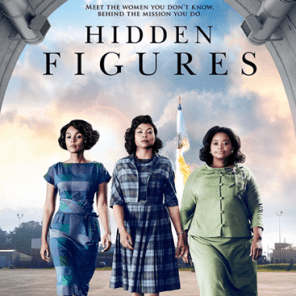 Many Americans first learned about “human computers” while watching the hit film “Hidden Figures” about three black women who excelled as human number-crunchers for NASA during the early days of the U.S.-Soviet Space Race. The National Number Knockout (N2K) competition on May 2 will feature 16 junior human computers battling it out for the national title and a $10,000 prize.

Hosted by Classical Conversations Inc.®, National Number Knockout is a mental math game played with three dice and a playing grid of 36 squares, each containing a number. Students are given 60 seconds to generate as many equations as possible with unique answers from the numbers on the dice using addition, subtraction, multiplication, division, roots, and exponents, in such a way that the result is a number on the board.

Katherine Johnson, Dorothy Vaughan and Mary Jackson, the three key characters in the film, would have been right at home playing N2K. Johnson, the central character, is responsible for accurately and quickly calculating key equations for the launch and re-entry of Mercury and Apollo space missions. The 2016 movie was based on the book of the same title by author Margot Lee Shetterly.

Early in the film Johnson says to Vaughan, “I don’t even know if I can keep up in that room.” And Vaughan replies, “You’re better with the numbers than anyone in there, Katherine. Just make that pencil move as fast as your mind is.” Johnson’s mind takes to complex mental calculations like a duck to water, and so do the finalists in N2K.

To the uninitiated ear, the answers during the 2016 N2K championship last May sounded like gibberish—faster than a veteran auctioneer. But to Sophia DiPiazza, 13, of Allendale, Michigan, she not only knew exactly what she was saying, she was also performing dozens of math equations in her head to get those answers. All in 60 seconds. The judges even had to use audio and video recorders to capture the answers and replay them at slow speeds to be able to understand the answers. Sophia performed these mental math gymnastics so fast, in fact, that she won the 2016 championship, along with a $10,000 grand prize.

“Hidden Figures” (PG) was voted one of the top 10 films of 2016 by many publications. It is a little long at 2:07, but is a tremendous film for the whole family and is still showing in many theaters around the country.

Despite winning the “Screen Actors Guild Award for Outstanding Performance by a Cast in a Motion Picture” and being the top-grossing film nominated for Best Picture Oscar with $182 million internationally, “Hidden Figures” lost in all three Academy Award categories for which it was a contender Sunday night: Best Picture, Best Supporting Actress for Octavia Spencer as Dorothy Vaughan and Best Adapted Screenplay.

The national N2K competition will be held May 2 during a cruise to The Bahamas aboard the Carnival cruise ship “Liberty.” The N2K competition is open to all homeschool students in the United States and all military families abroad who can provide a U.S. Birth Certificate. N2K will pay for the cruise and up to $800 in travel expenses for the 16 national finalists and one accompanying adult per student. An additional prize of $2,000 will be awarded to the champion’s educator.