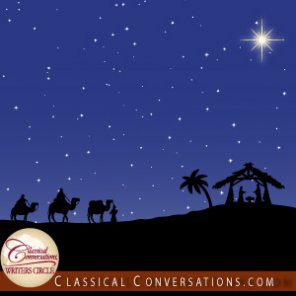 A virgin conceived. A carpenter believed. Shepherds dutifully tended their flocks and angels joyfully followed their orders. God’s messengers made announcements from high in the heavens while a young couple made preparations in a lowly stable. A baby was born—rather the baby was born. The King of Kings left his throne and took up residence on his footstool.

Advent and Christmas—the commemoration of Jesus Christ’s nativity is festive and rightfully so. The only begotten Son of the Father came to earth in obscurity only once and this unique, cosmos-changing event inspires singers to sing, pipers to pipe, and dancers to dance. The trimming and lighting of buildings and trees; the baking and cooking and roasting of food; the drinking of glasses and bottles of wine; the making and buying and giving of gifts are exceedingly appropriate human responses to the grandeur of the coming of the Messiah. There is every reason to celebrate for the King has come, but not all celebrated His arrival.

Herod, the king of Judea, heard of this child born King of the Jews. In futility he attempted to commit regicide, but could only accomplish infanticide—mass infanticide. This king of the earth set himself up against the Lord and against his Anointed. Herod dashed the innocents; Rachel wept; comfort was refused. Joseph dreamed and fled. Herod died. Joseph dreamed again and returned. Thus, out of Egypt God called His Son. The Holy Family settled in Nazareth, from whence something good finally came. No, not something good—someone great.

The great thing about a great king—a reason to celebrate—is that he always remembers that he is never less than a king. He serves as king from morning to noon and from noon until night. He sleeps as a king and awakens as a king in the morning. A great king never tires, yea, he ever lives to serve his people, and Jesus Christ, the son of Mary, is such a King.

A great king always protects his people. He always stands against his foes. He instructs his people to recognize the enemy, and he equips and prepares them to fight. This requires a great king to be a great judge. As long as there are enemies, a king must rightly separate friend from foe. Royal discernment is the order of the day in order to distribute weal and woe accordingly, and distribute it he will, for a great king is not one to be trifled with.

The righteous ones are left unprotected if the evil ones are left unchecked. Therefore, a merciful king wields a rod of iron for a singular act with a manifold purpose: to strike down the impudent enemy, thereby protecting the innocent from the enemy’s wiles. Since the enemy’s end game is nothing shy of the throne itself, for a righteous king to guard his throne is to guard his people. The enemy wants the kingdom, the throne, and, ultimately, the people. The enemy wants it all; he has wanted it all ever since the tree in the middle of the garden.

As the kings of the earth take counsel together and set themselves against the Lord and against His Anointed this Advent season, the followers of the King of Kings have no reason to fear and every reason to rejoice. The whole point of Advent is that we now know the name of the Lord’s Anointed. Jesus is the Son to be kissed, lest he be angry and you perish in the way. And Jesus is the One who blesses all those who take refuge in him (Psalm 2:12). Behold, the goodness and severity of God (Romans 11:22).

A virgin conceived. A carpenter believed. The baby was born. The King of Kings left His throne and took up residence on His footstool. King Jesus laid down His life and He took it up again. Wielding a rod of iron, He needed only one swing to both conquer His foe and save His people. In Christ, we have every reason to rejoice and sing, to eat and drink, and to have ourselves a merry little Christmas.

“Thou shalt break them with a rod of iron; thou shalt dash them in pieces like a potter’s vessel” (Psalm 2:9, KJV).