Play to Learn, Play to Live 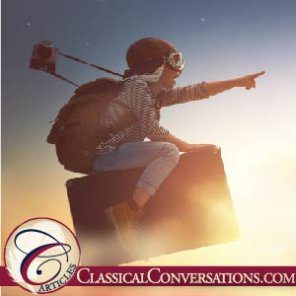 When you’re young, school is your job. When you’re even younger, play is your school and your job. I like to think I attended a highly acclaimed “school” and landed a top-notch “job.”

As I’ve mentioned in articles before, my family was poor when I was a kid (though “rich in love and rich in Jesus,” as I was often reminded), so for me and my sister, “play” was largely confined to two major categories: 1) “playing stories” with various types of dolls, and 2) “playing pretend” with our bodies and minds and anything we could get our hands on.

The more I consider it, the more I think that our play was enhanced by having fewer options, and I think that we learned a lot through play. Not just things like sharing and how to make your own fun, but things like evaluating the ideas of others, adapting, taking thoughtful risks, valuing your work, telling stories, making what you need, apologizing, finding your style…

Evaluating and Reacting to the Ideas of Others…and Adapting

When I was child, my parents loved who I was and encouraged my natural leadership ability. However, I also heard a lot of “If you act like this, people aren’t going to want to be around you” whenever “natural leadership” crossed into “overbearing bossiness.” When I played something, I had an idea of how it was going to go, and what was fair game and what wasn’t.

But I also began to realize that what my parents said was true. If I didn’t let other people contribute and do their own things, often they didn’t want to play at all. So, play is when you learn to pick your battles (okay, so she wants her character to be older than mine even though she’s three years my junior; we can work with that) and/or winsomely persuade others of your opinion (naming your character “Anakin” doesn’t make a lot of sense when we’re supposed to be on the prairie in the 1800s).

If you forgo (or lose) a battle or fail to winsomely persuade, you then learn to preserve the integrity of a game and adapt. Alright, you have a guy named Anakin living with you on the prairie. Maybe he’s a foreign stranger? Make it’s a nickname he acquired? Maybe you just THOUGHT you were on the prairie but suddenly everyone wakes up and you’ve been cryogenically preserved and it’s actually the year 2463…

Play is a veritable minefield of risks. You risk crossing the line into overbearing bossiness. You risk ending up with a story called Anakin’s Little House on the Prairie. You risk toppling the tallest block tower you’ve ever built by adding too big a block. You risk not landing the leap from the top of the fort to the top of the swing set. You risk not successfully containing the black widow spider you’re trying to catch in an empty mini M&Ms tube…

As you build a block tower, you learn some simple physics, but you also learn to pause and think. This is a really good tower. I’ve spent a long time on it. Adding another block might be too much. Is it worth the risk? Or do you value what you’ve done too much to risk it this time?

You see a black widow spider. You know you’ve got an empty mini M&Ms container back in the house. The spider would definitely fit. How cool would it be to have a poisonous spider in a candy tube? You might die. But you might also do something really cool.

(This is when you learn another valuable lesson: Even if your risk “works out,” you must consider the consequences from a justifiably alarmed and incredulous parent.)

Making What You Need…and Fostering Imagination

When it comes to fostering a child’s imagination, I think that often, less is more. If you have a complete spy costume, high-tech walkie-talkies, a get-away Barbie Jeep, a headset, a tool belt, a CD player with a spy soundtrack—and realize you don’t have lockpick, that might derail you. You look around and…you just don’t have that.

If you have nothing, you have to create or imagine everything. And if you have to create or imagine everything, nothing is off limits. A black t-shirt and your dad’s snow hat are your spy costume. You put a hand to your ear and talk quietly to your partner on the other end of your way-higher-tech-than-walkie-talkies earpiece system. You have a sleek black sedan that pulls up to the curb in your mind’s eye and whisks you away. (After you repel down the wall of a building/the back of your couch.) You’ve got a headset and tool belt right here, see it? You make your own theme music. That pencil and pen are your lockpick.

The world is your oyster. Boredom is a choice.

Woven through all the play, you’re creating yourself. You’re finding your style. You learn what you find interesting and exciting. You learn how you communicate. You learn to apologize when you express yourself badly or physically injure someone.

Playing isn’t just something you do to kill time until you’re old enough to have real hobbies. Playing is when you learn how to be a person in general, and yourself in particular.