Should We Teach Students that Science Studies Only Material Causes? 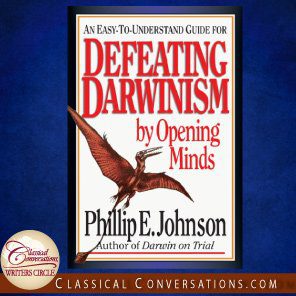 The idea behind methodological materialism is that the world might be more than material, but science only covers the material part. So, there may be souls and spirits, and life may have originated by design, but all of these are outside the purview of science. Therefore, scientists, in their role as scientists, must behave as if materialism were true, but that does not commit them to the actual belief that materialism is true. Like most lies, there is some truth to this. In plain fact, it is true that in order to investigate the world rigorously, one must usually adopt a methodology. Using a methodology usually also restricts what type of data is allowed and how that data can be processed. There are certain areas of science which deal in material processes. If I am studying the flow of a fluid through a pipe, this rarely requires supernatural ideas (however, it should be pointed out that the understandings of what the measurement means requires a rational mind, which does in fact require supernatural ideas).

However, methodological materialism suffers from many problems. The first one is that its application is normally too broad. That is, it is supposed as a rule for all of science. However, there are some areas of science—notably biology—for which materialism (even the methodological variety) is wholly incapable of describing the subject. If an academic endeavor makes a methodological restriction, the purpose of that restriction is to match the methodology to the subject that is being studied. However, in the case of biology, materialism of any sort does not match the subject. This is especially true when studying the human species. Trying to describe art, creativity, morality, and invention from a materialist perspective is exactly like making a methodological exclusion of velocity when studying the flow of liquids through a pipe.

Some respond to issues like this by saying that if you reach an area for which methodological materialism is inappropriate, that is fine, but you are simply not using science anymore. Again, there is a hint of truth to this position. The problem is this. Let us presume that studying art really requires a nonmaterialist methodology. Now, let us say that a scientist who is a materialist wants to study art. If, as we have presumed, it requires a nonmaterialist methodology, then the conclusions of the materialist scientist will be wrong. However, that scientist’s investigation will be considered “science” because it was materialistic, and all criticisms of that investigation will be considered “nonscience” because it was not materialistic. Therefore, what the public will hear is that “science says….” followed by complete nonsense. People will get the idea that the evidence was in favor of the materialist ideas, not understanding that what actually happened was that the materialist could not follow the evidence where it led, and arrived at his conclusions by adopting a methodology entirely inappropriate to the subject. Methodological materialism might work if there were a priori rules that one could apply to know before the investigation whether or not the causes involved were entirely materialistic. However, given the disdain of an overwhelming number of scientists for philosophy (where such a set of rules might come from), it is doubtful that even if such criteria were determinable, that the materialist scientists would abide by them, and we would be back in the original situation, with “science says” referring to the materialist view, however wrong-headed it may be.

In fact, the plain truth is that without having a priori rules to know if the phenomena you are studying is materialistic or not, and requiring a study of the phenomena to restrict itself to material causes, then there is no difference between this position and philosophical materialism. Philosophical materialism states that every cause is a material cause. Therefore, if you are restricted in your search for causes to materialistic ones, and cannot consider nonmaterial ones, then you have just bridged the gap between methodological materialism and philosophical materialism. Again, this is different from a conclusion that one might draw from years of study that some subject is wholly materialistic—you might be right or wrong, but if you have studied a subject with an open mind and do not believe that there are any nonmaterialistic causes, there is no problem in saying so. The problem comes from the a priori methodological restriction.

This problem gets even worse when dealing with the past. Some sciences are experimental—that is, the thing they study can be manipulated in all sorts of ways to see what effects each manipulation has on the subject. For these to work well, the methodology being used should match the types of causes that are likely to be in play. However, other sciences are nonexperimental, such as those that explore the past—these sciences look back through time using circumstantial evidence to infer truth. In these sciences, the problems with methodological materialism are increased by several orders of magnitude. Because history cannot be replayed using slight modifications of each interesting parameter, the important parameters are assumed. Therefore, the validity of the outcome is based on the validity of the assumptions given. When looking at the past, because the past does not take place in a laboratory, it is open to any type of cause available. Therefore, the supposed methodological limitation of methodological materialism actually becomes exactly equivalent with philosophical materialism as soon as it is applied to the past. Did Jesus rise from the dead? According to methodological materialism, the answer must be no. If we limit our understanding of the past to only materialistic causes, we will find that what we have actually done is put an artificial limitation on reality which will likely lead us away from the truth rather than toward it.

This subject is very important because it is this sort of reasoning that allows materialists to marginalize Christians (and others) throughout society. If we acquiesce to such methodological restrictions, then we have given up Christianity by saying not only that it does not apply, but it cannot apply to reality. This has led to Christians ceding politics, media, culture, and science to overtly secular influences, and us shrugging our shoulders and saying, “I guess Christianity isn’t relevant here.” If a person does this enough times, then they can drop the qualifier “here” in that statement. Instead, we need to be teaching our children to be looking for the hand of God in all things—that they should have an expectation that a Christian outlook will be not only different, but more truthful to the subject. We should be humble in our approach, understanding that we might get it wrong sometimes, but we should not cower from taking our Christian understanding of the world into everything we study.