The Educational Waters in Which We Swim (Part Two) 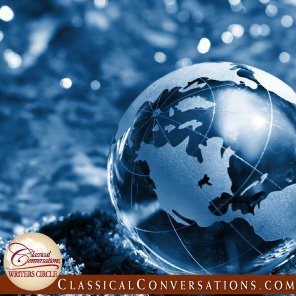 In Part One of this mini treatise, we began by regarding our culture’s worldview as an ocean in which we swim. Likewise, our society’s children also swim in an educational, philosophical ocean for eight hours every day. To examine the flaws in our educational system requires an examination of the philosophical waters of that system. What does this ocean look like? We explored a bit about the founders of our modern educational system, including G. Stanley Hall and John Dewey. Dewey was a committed Humanist and signer of the Humanist Manifesto (1933) which sought to establish Humanism as a new religion. Dewey’s personal philosophy/worldview deeply affected his ideas on education, as we will see in Part Two.

Dewey believed that education was “a regulation of the process of coming to share in the social consciousness.”1 Further, he believed “the only sure method of social reconstruction” was “the adjustment of individual activity on the basis of this social consciousness.”1 His goal was to reconstruct society via the education system. He believed that the teacher’s job was “to select the influences which shall affect the child and to assist him in properly responding to these influences.”1 He believed that the “right character” of children should be formed by “the influence of a certain form of institutional or community life upon the individual, and that the social organism through the school, as its organ, may determine ethical results.” In a nutshell, he believed that society must be shaped via the school system, that the character of future generations should be molded by the governmental institution, and that the idea of right and wrong should be determined by rigorous inquiry.2 Based on his godless, humanist philosophy, the waters of his educational philosophy fell squarely within the ocean of his humanist religion.

So what? If we buy into the idea that Hall and Dewey’s philosophical waters overwhelmingly affected our modern educational system, what results might we expect? Might we expect a generation (or more) of students to grow up sharing this philosophy? That seems reasonable. Abraham Lincoln once said that “the philosophy of the school room in one generation will be the philosophy of government in the next.” If his statement is accurate, might we expect to see a government that swims in the humanistic philosophical waters?

To say that our government radiates humanism is to speak an obvious truth. To say the same about the children of our culture is, perhaps, not quite as obvious. After all, especially in the church, we try to flood our children with a philosophy very different from that of the world, a philosophy opposed to humanism. We try to surround our kids in the philosophical water of a biblical worldview. However, as a good friend of mine very shrewdly stated, at some point every one of our children will ask, “Who is lying to me?”

The Nehemiah Institute asked the same question I ask now. How are our school children affected by swimming in the waters of our culture’s philosophy? They began tracking the worldview of high school students in 1988, and have administered PEERS tests that assess students’ worldview in politics, education, economics, religion, and social issues. The results are telling.

The point of all this is: yes, the philosophy of our culture is the water in which we swim and, regardless of the type of fish you are, if you swim in nothing else you will eventually be assimilated into that water. Does this mean that all nonhomeschooling teachers are humanists and socialists? Of course not. Many of my own family members and good friends have been public or private school teachers. They love the Lord and reject the godless philosophy of our culture. However, regardless of the type of fish they are, they are forced to swim in the educational philosophical aquarium of our culture.

Are we to then jump out of the ocean and migrate to a new, fresh water source in which to thrive? Alas, no. That would defeat God’s purpose for His people. In the seventeenth chapter of John, Jesus prays that God will not remove us from the ocean, but that we would be protected from it while fulfilling God’s mandate to be light and salt to the world. Even so, we are to be foreigners in this world, resisting the temptation to drink from or thrive in its putrid waters. Colossians 2:8 warns us to avoid being captivated by the hollow and deceptive philosophies of the world. And so, we must remain, but we must provide ourselves and our children a cove of fresh, biblical water for respite, training, discipling, mentoring, reviving, strengthening, and resting. The church may seem a good place to provide this, but in reality the church is looking more and more like the world every day.

This task falls squarely on you and me, the parents of our future. We need to set up our children for success by giving them safe waters in which to swim. For me, Classical Conversations is a critical, key ingredient to this task for my middle and high school children. We need to control the influences that bombard our children, whether through music, media, entertainment, or education. We need to train them how to respond to the philosophical waters in which they will eventually be forced to swim. Sounds a lot like John Dewey’s philosophy, does it not? Indeed.

So, what separates this idea from the ideas of John Dewey? John Dewey’s “savior” of the next generation was man himself through the influence of the school, the state, and the godless religion of Humanism. But the real Savior of the next generation is unknown to either the school or the state. It is not the responsibility of the state to train our children in the way they should go. This responsibility lies solely with you and me. We must train and educate our children to know God and to make Him known; to love Him with their hearts, souls, and minds. We must train them to be salt and light, so that when they are eventually forced to swim in the rancid waters of our culture’s philosophy, they will be able to impact the culture, and make a difference for eternity.

3 – “Where Are We Going?” <http://www.nehemiahinstitute.com/articles/index.php?action=show&id=35>