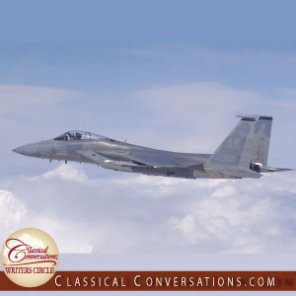 As I was preparing for one of our extracurricular, weekly Latin jam sessions, I realized this axiom has applications well beyond the flying business. Some of the Latin material I am teaching during these sessions is new to me; there are concepts I do not yet know. As a result, I must buckle down, study, and learn. As I studied this new Latin material, it hit me that it is not taking nearly as long for me to learn these new concepts as it did when I was learning new Latin concepts four or five years ago. Why? Because I have six years of Latin knowledge crammed into my cranium. In other words, because I have a mass of Latin grammar already under my belt, I am able to learn new Latin concepts at a faster rate. In other words, the more knowledge I already have under my belt, the faster I am able to gain more knowledge. In other words, the more I know, the faster I know more.

It struck me that this phenomenon of acceleration is but a picture of our classical education. In the Foundations/Essentials programs, we hammer knowledge into our children. In the early Challenge levels, we hammer knowledge into our children. The result? When new knowledge is presented at the higher Challenge levels, perhaps the students are able to grasp new concepts much more quickly. The more they know, the faster they know more! The classical method! However, this only works if the students already have a lot of knowledge (grammar) under their belts. If they do not, it will be much more difficult for them, perhaps impossible.

God made us this way. The classical method tells us that we need a solid foundation of knowledge/grammar before we can enter dialectic and rhetorical stages. It also tells us that the grammar stage never really ends. You never stop learning new material. Biology, chemistry, advanced logic, and advanced math all bring vast quantities of new knowledge to these dialectic or rhetorical students, but when these students have a broad base of solid grammar, when these students already have much knowledge under their belts, then they are able to “accelerate” more quickly. Without this base of grammar, they will flounder. This is why Classical Conversations stresses the classical method. This is why we stress mastery in the grammar. This is why Classical Conversations students are able to accelerate…and excel.