The Fear and Danger of Missing Out 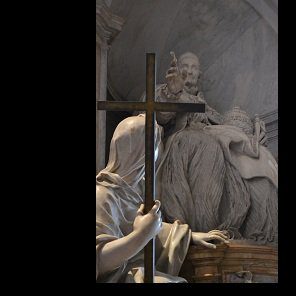 I was missing out. Something prompted my daughter to address my ignorance and she played for me the Gangnam Style music video. A multitude of cultural references suddenly made sense. I could finally laugh at the joke, a joke that I previously failed to recognize.

We must avoid such ignorance in modern America. Among the acronyms now floating through our culture is FOMO, the fear of missing out. We fear that we may miss something important, significant, amazing, or vaguely interesting. We fear that we may have missed something that our friends and associates caught. I do not want to be in the dark. I want to be in the know. Why miss the chance to chuckle at a Gangnam dance?

The internet offers records of events and nonevents alike, including plates of food and links to serious news articles. The instant availability of virtually all information should relieve us of the fear of missing out. After all, we can catch up as soon as we log onto the Web. Now everyone can know. Everyone can see the game-winning play, watch the funny commercial, and stream the latest episode. However, the free flow of information actually increases our anxiety, I believe. Thanks to social media, everyone knows about that party, that couple now expecting, that celebrity who suddenly passed away, that upset of a nationally ranked team. It takes a lot of work to keep up with all of pop culture and all the activities of one’s “friends.”

In an earlier day, there was no way to recover from missing out. If you missed the event on television, at school, or at work, it was gone, practically forever. Consequently, more people missed out on more news. No one could keep up with everything. Now people carry around video cameras, capable of uploading to the world instantly. It seems that most of life is digitally documented. Because we can keep up with everything, we fear that we may miss the one bit of trivia that captures everyone’s attention. Some people will wake up in the middle of the night, just to check social media. The fear of missing out drives them to cling to their phones like drunks to a bottle.

Meanwhile, there is a danger of missing out on the real value of culture. As we become fixated on the latest in sports, entertainment, pop culture, and social news, we may ignore two matters of consequence. First, we miss the growing tolerance of government intrusion. While freedoms and privacy slowly erode in America, our citizens focus on the sports and celebrity worlds. The entertainment industry flourishes, while economies flounder. Billboard.com reports that the global entertainment industry is poised to exceed $2 trillion in revenue in 2016. One satellite dish company boasts that its DVR can record six programs simultaneously. Our society is missing the onset of Big Brother, happily distracted all the way.

Second, while we keep up with trivia, we ignore the vast wisdom of the ages. College professors marvel when new students have read classics of Western literature. People rarely understand our system of government or the influence of Western philosophy on science. But in offices, churches, and classrooms, people debate the merits of their favorite teams and sitcoms.

The information age has made shallow content so available that we have no time to consider the deeper ideas. The joke is that we carry in our hands devices which virtually connect us to the whole world of knowledge, and we use them to view pictures of cats wearing pirate hats.

In 1987 E. D. Hirsch wrote, Cultural Literacy: What Every American Needs to Know. I confess that I have not read the book, but I like the concept. Every culture has a foundation. Remove the foundation, and the culture eventually crumbles. Gangnam Style could not have made Hirsch’s list, but today—apparently—I need to know about it. Actually, yesterday I needed to know about it. Today no one cares. We have to make room for the next vapid fad.

In our society’s fear of missing out, we have the wrong focus. We are missing out—missing out on the foundations and direction of our culture. We are missing out on the world of deep ideas, the beauty of meaningful literature, music, and friendship. We willingly trade the enduring foundations of our culture for the latest bizarre video. Truth, goodness, and beauty are brushed aside for shock value. Some enduring works are surely produced today. I wonder how we can recognize them through the blizzard of information blowing through our lives.

When I feel the fear of missing out, I try to remember what really matters. I do not want to miss important ideas and trends. I want to pursue truth, encourage goodness, and enjoy beauty.

My daughters also care about the deeper things of our culture and its foundations. And somehow they detect my pop culture blind spots. I am blessed.