The Good Old Days: What Were You Doing in Eighth Grade? 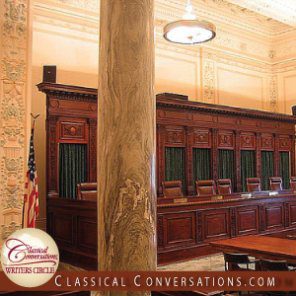 Ahh, eighth grade. I remember it well. The year was 19-something, and I was attending a private school in Montgomery, Alabama. I made my first 2-point goal in the second half of an actual basketball game (unfortunately, no one told me we swapped ends after halftime). Looney Tunes was popular, as was ABBA and Pac-Man; tattoos were not. A new car cost about $7,200.1 Those were the good old days. Or were they?

In the early ‘80s, typical eighth graders spent an average of 21.4 hours per week watching television and only 5.6 hours per week doing homework. Only 20 percent of typical eighth graders read books outside of school and 14 percent lacked basic reading proficiency.2 If my memory serves me correctly, my middle school years were fairly typical and decidedly underwhelming. The biggest challenge in that chapter of life was figuring out how to feather my butt-cut coiffure. Perhaps these were not the good old days.

And then again, maybe not. These days, our culture’s typical eighth graders spend almost 53 hours per week getting entertained by a screen of some sort.3 They send or receive an average of over 3,000 texts per month4, and they spend less than four hours per week doing homework.5

In our Challenge B class this semester, the students could not possibly have spent 53 hours per week on a screen. Why? Because they were consumed with their Mock Trial class. These eighth graders spent the entire semester experiencing all three stages of the classical model. They spent weeks learning the stipulated facts about the court case in question. Then they spent many more weeks wrestling with those facts, trying to determine what facts were missing, finding errors in logic, and building a case both for and against the defendant. Then at the end of the semester, they spent an entire day participating in a Mock Trial tournament against other Challenge B classes from around the state. They spent an entire day pleading their cases, trying to persuade a judge and jury that the defendant was either guilty or not guilty. All this was done in front of spectators, attorneys, law students, and judges. And it was done in a very intimidating setting—the Supreme Court of Oklahoma (the article picture, above, was taken in the Oklahoma Supreme Court). Studying, wrestling, analyzing, writing, persuading, defending, and public speaking. Wow! I don’t remember doing that in eighth grade!

The adult participants (judges and jurors) praised the efforts of the students, but they sort of had to. What really struck me were the comments from the law students, who consistently stated that they were amazed that eighth graders were doing the same things that post-graduate law students were doing!