The Greatest Courtship in History 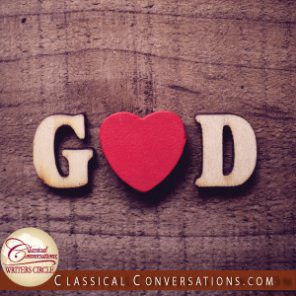 There is a story often told. It is a timeless story about the courtship between a good man and a gentle young woman. They marry. A family comes into being, into which a child is born. This is a story so often repeated in real time that its occurrences seem impossible to count: millions of instances of it have been spoken down through the generations. In essence, it is the story of mankind, because at its root all of human history can be encapsulated by those few sentences.

The good man was Joseph, and the gentle maiden, Mary. Their courtship, marriage, and journey towards family were also, of course, no ordinary story. As tends to be the case with any long-standing tale, it is shot through with flashes of wonder: supernatural interventions, miraculous conception and birth, the proclamations of heavenly hosts, the presence of wise men and kings. Perhaps most amazing of all, it includes the appearance of angelic beings to lowly shepherds who then travel to adore the baby born into humble circumstances. No typical story told of a heralded savior-king would likely include such unpretentious beginnings.

As you know, the child was the Christ, the Messiah prophesied to the Hebrew people. Therefore this is most definitely not just a commonplace story, but a model: an archetypal tale, one that expresses a transcendent truth.

It is fitting then, that this archetypal story is about the greatest prototypical relationship of all: the courtship of divinity with humanity, through which the divine and the human become a family.

How does this transcendent story unfold? There once was a man who was God. His name was Jesus. He came to court humanity, to woo it to himself, to make it part of His family. The Bible reveals that Christ is the bridegroom of the Church. Thus Christ is a lover who woos His beloved: He is actively engaged in a continual persuading of His bride, a tangible relationship of courting that began with His birth.

The Incarnation, which we remember each Christmas when we celebrate Jesus’ birth, is the greatest act of wooing in human history. It is when God himself became a man in order to pursue the object of His love: humanity.

What are the characteristics of a man who is wooing his beloved, courting her? There are many, but perhaps the most dominant ones include making himself known to her, approaching her with the intent that she learn about him, trust him, and come to know him well; proclaiming his love to her; and giving her gifts that foreshadow his later provision for her as her husband.

In the Incarnation, Christ does all these things. He makes himself known to His beloved by coming to it in its own form: as a human. Now mankind can begin to know Divinity intimately, not as some ‘other,’ but as “Some One,” for He has become human, placed himself before us in a way we can learn to understand and relate to. He proclaims His love to us repeatedly, consistently showing kindness, mercy, healing, and affection. Ultimately, He gives His life for us, dying for humanity in an act of loving self-sacrifice so that we might live. He gives us gifts: grace, peace, and joy, and promises a life of provision with Him throughout eternity.

The Incarnation is an act of Divine wooing in which not only does the bridegroom become like the beloved, His Church, but He then blesses the beloved by perfecting her in His image: “Neither can they die any more: for they…are the children of God, being the children of the resurrection” (Luke 20:36); they are the ones who have “believed on His name” (John 1:12), and it is through this that they are fully able to call God their Father. “Beloved, now we are children of God; and it has not yet been revealed what we shall be, but we know that when He is revealed, we shall be like Him, for we shall see Him as He is” (1 John 3:2).

The Divine becomes human to woo humanity to divinity. In doing so, the Divine brings humanity directly into His family. As the shepherd-king David in Robert Browning’s poem, Saul, sings to comfort his sovereign:

‘He who did most, shall bear most; the strongest shall stand the most weak.

‘Tis the weakness in strength, that I cry for! my flesh, that I seek

In the Godhead! I seek and I find it. O Saul, it shall be

Thou shalt love and be loved by, for ever: a Hand like this hand

Shall throw open the gates of new life to thee! See the Christ stand!’