The Impossibility of Academic Integrity in Public Schools 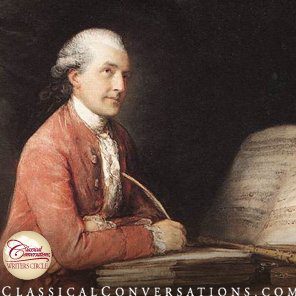 This essay is more of a quick expression of my philosophical thought against the governmental educational system than a thorough, well laid out argument. Yet, I believe it will be worth your time and mine.

First, I would like to define and describe academic integrity as we have it written into policy at the college where I am currently employed, Community Christian College. The world of higher education is a community of scholars, teachers, and students committed to learning. As such, a strong commitment to truth and honesty is foundational. Without them, members could not trust the writings, research, lectures, or opinions which constitute the business of the community, and higher education would eventually crumble. This is why academia honors and fiercely guards academic integrity. It is the responsibility of every member of the community to nurture and sustain this climate of honesty. Actions that destroy academic integrity such as, but not limited to, cheating, plagiarism, intellectual theft, destruction of intellectual property, and so on can have no place in academia. Any academic member who commits these destructive actions is subject to expulsion from the community.>

Allow me to give a few examples. If a student were to write a paper as partial fulfillment for the requirements of a course, and in that paper he employed the words or thoughts of others—whether published or not—without proper reference, then that student will have broken academic integrity with the wider academic community, not to mention personal moral integrity. If discovered, the violator would and should be disciplined. By the way, not being caught does not mean that academic and personal integrity have not been broken; they most definitely have. Discipline may include failing or receiving a zero for the paper or the course, or even expulsion from the school, depending on a variety of circumstances.

What about a scholar who does not fear the repercussions from a particular institution? If I were to write an article for publication and use others’ intellectual material as my own without referencing them or giving credit, I would be quite guilty of violating academic integrity. Since I wrote this article voluntarily, I am not punished monetarily. Since it is not for a grade, I am not punished with failure or a zero. However, since it is the rule of academia not to plagiarize, I would cast a shadow of doubt on all previous or forthcoming academic works, and since I claim Christ and understand God as my ultimate judge, I stand to lose much greater and more significant things than my integrity.

So, how do public and governmental and secular—really all godless—schools commit plagiarism and violate academic integrity? This is very simple, yet hugely profound. In short, God is the author of all knowledge; there is nothing that can be known apart from His revelation. What He reveals is His business and for His good pleasure. There is no knowledge that can be known independently from divine revelation, even when it is not recognized as such.

How do secular learning institutions disseminate knowledge? What is their mode of operation with regard to learning? What are their philosophical assumptions? The answer is that they operate as if knowledge is the supreme pursuit, as if acquisition of knowledge is an independent accomplishment. In other words, there is no acknowledgement of the ultimate source of knowledge. This results in cosmic plagiarism, a violation of divine intellectual integrity. The irony is that these very institutions continue to adhere to the general rules regarding horizontal academic integrity and yet think nothing of completely robbing God of all credit. The scenario gets worse when we consider that they protect the intellectual property of their fellow humans, but they not only ridicule Christians for propagating God’s status as the giver of knowledge, but they deride the very idea of God’s right of existence and sovereignty over all knowledge.>

In contrast, Christians must recognize that all things must be brought under the sovereignty of God—no exceptions—and this obviously includes all intellectual property. I will practice the art of referencing and close with words and thoughts far above my own; in fact, I give dual credit to Paul and God, THE ETERNAL KNOWLEDGE REVELATOR. “For what can be known about God is plain to them, because God has shown it to them. For his invisible attributes, namely, his eternal power and divine nature, have been clearly perceived, ever since the creation of the rld, in the things that have been made. So they are without excuse. For although they knew God, they did not honor him as God or give thanks to him, but they became futile in their thinking, and their foolish hearts were darkened. Claiming to be wise, they became fools (Romans 1:19-22, ESV).