The Mathematical Difference between Wisdom and Science 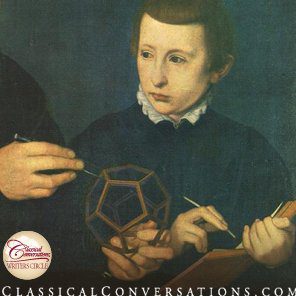 One of the disturbing trends of the modern era is the blind delegation of all reality-focused ideas to science. The presumption is that if something is real—if one can taste it, touch it, or smell it—then science is the best approach to dealing with that subject. This is the approach taken in most academic journals, and the reason for even traditionally humanities-oriented subjects being treated almost entirely in scientific terms and categories. The ostensible purpose of this is to render our ideas closer to reality. The thought is that by making a subject more scientific, we can make it more precise and predictable, and therefore, more real.

There are many problems with this approach. One of the most obvious problems, which I will not deal with at length here, is that this approach cuts off a large part of human thought processes. If humans experience the world in deeper terms than those available to the sciences, it makes sense that serious and rigorous studies of the world should take these deeper ideas into account. If they are not taken into account, we cut ourselves off from a large part of the real world. Rigorous study should expand our ability to reason, not contract it.

However, my point in this article is to point out another issue, to explain that when you take a subject which is traditionally based on wisdom and try to force it into scientific terms, even the quantitative portion winds up being hindered by this approach. The reason for this is that wisdom issues have a fundamentally different mathematical character than scientific issues. Therefore, even to the extent that wisdom issues are quantitative, it remains ineffectual to analyze them scientifically.

I should pause now and give you a concrete example. Consider the stock market. Investing in the stock market is a matter of wisdom more than it is a science. There is more to a business than its numbers and more to choosing stocks than knowing what those numbers are or what their history is. Many people try to turn choosing stocks into a science. They try to pick stocks based on a certain set of indicators, or a certain set of market moves, or some other set of data points which they believe will give them the certainty they need to make the right choices. This may work on a small scale. However, these systems cannot, even in principle, work on a large scale because they all leave out a critical component: the impact of the system itself on the operation of the stock market.

I have looked at a fair number of stock-picking systems. I can tell you that no system ever has a component which takes into account the scenario in which the rest of the market is also using the same system. To get a feel for why this does not work, let us look at a simple system. Let us say that I will buy a stock if it has been going up for three days straight, and sell it if it has been staying the same for three days straight. Now, let us say that everyone switches to this system. If stock ABC has gone up for three days, then everyone will purchase it and its price will go through the roof. However, once it sells out, its price will level out, and after three days—since the price will have stayed the same (because everyone has fully bought everything)—everyone will then sell all of his stocks and the price will plunge to zero; everyone will be selling and no one will be buying.

This sort of result happens for any system if all, or even a large majority of, the participants use the same system. The technical term for this phenomena is recursivity—a process which acts on itself over and over again. In the case of the stock market, the stock-picking systems may have worked on small scales, when the market as a whole was doing something else. However, once the majority of the market is employing the same strategy, the system becomes recursive; it is acting on a market that is acting under its own rules.

The interesting thing is that science and mathematics actually give very little help in understanding recursive processes. Most of these processes are incalculable, meaning that there is no general-purpose calculation that can be run to find the answers to them. However, that does not mean that people have not been able to determine answers to these sorts of processes. It is just that these sorts of reasoning processes require deeper reasoning than calculation allows.

Therefore, we can conclude that recursive processes—processes in which the results cycle back through the system over and over again—are not amenable to the same calculation-based mathematics that characterize science, but instead, rely upon wisdom-based reasoning about recursivity.

This is especially true of social phenomena. Most social policy programs do not take into account the intrinsic recursive nature of social policy. One major place where this happens is in marriage policy. One common argument made against those who oppose the redefinition of marriage is this: “If you are against gay marriage, don’t have one.” Another common rebuttal goes something like this: “How could gay marriage adversely affect heterosexual marriages?” What is being suggested by these responses is that any fears concerning the effects of redefining marriage are silly, as they will not have any direct effect on heterosexual couples.

The problem with this is that marriage policy is inherently recursive. I do not think that gay marriage will adversely affect my marriage to my wife. However, normalizing gay relationships, especially gay marriage, will affect the future of the institution of marriage itself. Marriage, as a social endeavor, will slowly move from the bonding of the two sides of humanity and the hope of new life into a celebration of self-gratification. Love will move from being about human wholeness and the promise of the future to being about lust-fulfillment for the present. One may argue that many already enter into marriage for lust-fulfillment. However, this is precisely the interesting fact about the institution of marriage, namely that it is able to transform and channel such desires into socially productive relationships.

In any case, the point of all of this is that many aspects of life—and especially public policy—are, unfortunately, evaluated today as if they were amenable to scientific investigation. We often prove a small effect for a given modification, and presume that if we scale this small effect, it will continue to perform the same way across the entire population. However, we need to understand that for any far-reaching, long-term policy, recursivity will kick in, and deeper reasoning—in other words, wisdom—will be required.