The Neglected Muse: Why Music Is an Essential Liberal Art (Part I) 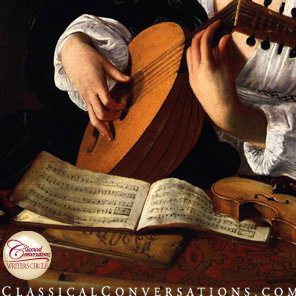 Music and rhythm find their way into the secret places of the soul.      –Plato

Music transcends the classroom, the concert stage, and professional recordings. It pervades life. Mankind has long used music in all sorts of ways, to celebrate, to lament, to dance, to pray, to soothe or arouse, to woo, to infuse courage and terrify an enemy, to commemorate, to unite a community. Even the most primitive societies are keenly aware of the power of music, and various myths from cultures throughout the world confer on music and musicians a lofty, even divine significance. In some myths, notably in Plato’s dialogue Timaeus, the world springs from the composing power of a musician-god.

That music is a vibrant part of life is especially clear in the case of the young. Most young people cherish their favorite music as their most intimate friend and their absolute refuge from care and stress. When we get older, music is inevitably bound up with nostalgia. We older folk have only to hear a song from our youth in order to be magically transported, as if by a familiar scent, to a former time, place, self, or love. Music does not merely sound: It casts a spell and conjures worlds. Music is no mere addendum to human life, no historical accident that might just as well have never been, but an essential part of who we are as human beings.

Why should young people study music? One answer presents itself on the basis of what I have said so far: Music has a central place in the lives of young people. For many, music is their life. Teaching music to the young is therefore much more than conveying historical information and technical facts, or helping students develop their musical talent. It is more than the effort to make them competent and aesthetically refined. In getting young people to engage in a serious study of music, we are giving them an opportunity to know themselves better by becoming more precisely aware of the amazing power that music has over them. Also, as we shall see, we are giving them an opportunity to deepen their knowledge of the natural world—and of our connection to it—by becoming more aware of the mathematical order that underlies music.

In my three decades at St. John’s College in Annapolis, Md., where all students are required to study music for two years, I have learned that students cannot engage in substantive musical learning without actual musical experience. Such experience takes two forms: listening to and making music.

Listening is an obvious requirement, but it is harder than it might seem. What should students listen to in their music classes, and what should they listen for? We should, first and foremost, expose our students to great music in the classical tradition (e.g., works by Bach, Mozart, Beethoven, etc.) and then to other examples of great music (e.g., folk songs, blues, and jazz)—broaden their horizons, as the saying goes. But how to do this is difficult. It makes sense to start with classical works that are appealing and fairly short. For instrumental music, single movements from symphonies, piano sonatas, and string quartets work well. Perhaps the best “first thing” to listen for is simply that musical works have a beginning, middle, and end. Students can listen to a given piece several times, each time listening for some particular aspect of the work: a recurring theme, a rhythm, a moment of heightened tension, etc.

But listening by itself is not enough. Students, by singing or playing an instrument, must be made to realize that music is not the symbols on the page any more than a poem is the written word. Music and poem come to be what they are only in the act of sounding. The object of musical study is not the written symbol but the musical event—the living phenomenon, for which the score is but the recipe. More than anything else, singing brings music to life and overcomes the passivity that often attends the act of listening. In singing, students are the instrument and the music. Most important here is not that students sing well, but that they make their best effort. In singing great choral works, however imperfectly, students get to experience one of life’s most humanizing pleasures: that of cooperating with others in the attempt to form a beautiful whole that is more than the sum of its parts. Students thus attain in sound the ideal of a perfected human community—a perfected friendship that preserves differences but renders them harmonious. To sing is to transcend the isolation and vagary of selfhood. Such transcendence is one of the greatest gifts of a genuine liberal education.