The “Official Which” and the Canon of Rhetoric 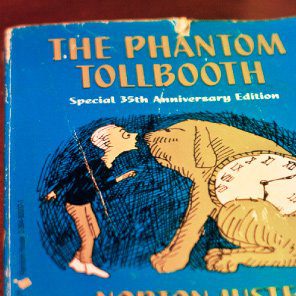 We engage in the art of rhetoric in order to persuade others to the true, the good, or the beautiful. Any act of persuasion that seeks to move someone toward the false, the bad, or the ugly—intentional or not—is an act of sophistry. What often moves or persuades someone toward the true, good, or beautiful can be summed up in the modes of persuasion: logos, ethos, or pathos. Briefly, logos is persuasion through propositional truth, ethos is persuasion through reputation or authority, and pathos is persuasion using emotional pleas. Regardless of which of these modes the rhetorician is using, he will employ the canon of elocution to improve his persuasiveness.

Elocution, the third canon of rhetoric, is the focus of the upper Challenge programs in Classical Conversations. Elocution refers to the choosing of the proper words to move one’s audience. It is doing what Faintly Macabre did in The Phantom Tollbooth.

For years and years I was in charge of choosing which word to say and which ones not to say, which ones to write and which ones not to write. As you can well imagine, with all the thousands to choose from, it was a most important and responsible job. I was given the title of ‘Official Which,’ which made me very proud and happy.

After some unfortunate decisions on her part, she was imprisoned.

That was all many years ago, but they never appointed a new Which, and that explains why today people use as many words as they can and think themselves wise for doing so. For always remember that while it is wrong to use too few, it is often far worse to use too many.

To become an Official Which, as Faintly Macabre points out, one must learn to choose rightly between which words to say or write and which words not to say or write. This, furthermore, can be a tough job when there are thousands to choose from. The canon of elocution breaks this task down into the most important questions so that we might do the job more faithfully.

First, elocution is going to ask us to consider what we have written and ensure we are speaking as clearly, concisely, and precisely as possible. We will edit our essay for active and passive voice. We will ensure we are not using misleading or easily misunderstood clichés. We will ensure our subject—the actor in the sentence—is clearly identifiable.

Then, elocution is going to ask us to consider the beauty of what we have written. Two concepts are important at this stage: schemes and tropes.

Schemes are rhetorical devices that appeal to the audience’s senses, sight or hearing. It is the use of devices like alliteration, onomatopoeia, assonance, and others. We like to hear words used that way; it makes them memorable and fun. Schemes are songs sweetly sung for our ears.>

Tropes are rhetorical devices that appeal to the audience’s imagination. It is the use of similes, metaphors, and antithesis, among others. Tropes excite the reader’s imagination and therefore his interest in the essay. This makes the reader more attentive and more likely to both remember and be persuaded. Tropes are like eternity. What child, when faced with thoughts of heaven, does not spend hours of his life imagining what heaven will be like; will there be clouds, harps, halos, pets, grandparents, and angels?

Elocution trains us to think closely about words, learning “which” to use and “which” to avoid, learning “which” combinations to use and “which” to avoid. The rhetorician does all of this in order to complete an essay or speech that is clear, concise, and precise, and which is sensuous, beautiful, and memorable—all with the intent of persuading his audience to the true, good, or beautiful. With this, the rhetorician becomes an Official Which.