The Real Impact of Imagination 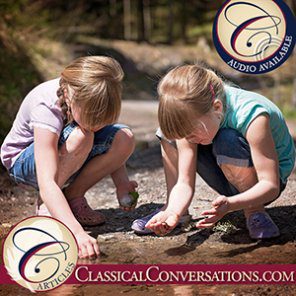 One of the best things our parents ever did for me and my sister, Sarah, was let us get bored.

“Good,” Mom would say when I whined to her that I was bored. “If you’re never bored, then you’ll never learn how to make fun for yourself.”

And this probably why I have a grand total of about three childhood memories of “boredom,” and a bunch of memories of “being orphaned” and learning to live off the land and make an oven using mirrors and tinfoil, or beginning to learn Gaelic, or writing theme songs for pretend TV shows starring my Polly Pockets, or choreographing dances to Rebecca St. James songs and the Aladdin soundtrack. Probably.

See, when I was little, my family was on the poorer side. We didn’t buy brand-name cereal, we didn’t have cable TV, and we didn’t stop at Starbucks on a whim. But I didn’t even know we were poor. I maintain to this day that I had one of the best childhoods of anyone ever. It was exciting, it was hilarious, it was challenging. From day one, our parents taught us that the world was full of adventure, and that we were too. We had certainly toys, and we watched some TV, but our best source of fun was sheer imagination.

The playground fort in the backyard became our jungle treehouse (jungle because it had a rope vine hanging from it), became the boxcar from The Boxcar Children (because it sometimes featured pine straw beds), became our house on the prairie (because I made a broom out of branches). The woods of the backyard became Narnia, became a mountain we’d run away to, became the setting of Little House in the Big Woods.

It wasn’t until I got older that I realized what a powerful and special gift our parents had given us by nurturing our imaginations. It shocked me when I met kids who only saw the world exactly as it was, instead of seeing what it could be through the lens of imagination. Through a combination of allowing boredom and leading by example, our parents gave me and Sarah an infinite supply of games to play, an infinite number of personalities to don, and an infinite range of worlds to explore. How did they do it? In so many ways.

Probably first and foremost, they made us a reading family. My first word was “book.” I have memories as a toddler of following my mom around the house saying, “Read me this book?” and she would sit down in the hall/kitchen/living room and read to me. My dad read me The Hobbit well before I could’ve tackled the book on my own. I’m not exactly sure what it is about reading that topples the mental walls of what you can see. Maybe if you hear the right stories growing up, you love them so much that you can’t leave them when the book shuts. Maybe imagination starts off as daydreaming—thinking about that story or that world that enthralled you—until you start to act out your thoughts. Maybe once you’ve acted out what you know, some changes or new possibilities occur to you, and you act those out too. Pretty soon, you’ve left the established story arc entirely and you’re inventing new parts of the world, and maybe that goes so well that pretty soon, you invent a world and a story that comes just from you. I don’t know why reading ignites the imagination.

As far as seeing things not only as they are, I have Mom to thank again. We would often play with blocks together when I was very young, building little houses and making patterns (green block, pink block, green block, pink block), and at some point, one of us decided that the taller, thinner blocks could be people. I really don’t remember if Mom modeled this idea for me, or just accepted it when I stood a block up and made it interact with another upright block. I still think person when I look at those blocks (and vine when I notice a rope swing, and bedding when I see pine straw lying around).

This is also probably important: Our parents didn’t panic when we played potentially panic-inducing things, like “ORPHANS WHO HAVE BEEN KIDNAPPED AND ENSLAVED BY PIRATES” or “LEADERS OF A GANG OF STREET CHILDREN DURING THE GREAT DEPRESSION.” When people asked questions or showed concern, Mom would say something to the effect of, “Well, they lead such good and normal real lives. This is how they shake it up.” And because our parents helped us form true, good, beautiful principles in the real world, our terrifying flights of fantasy were often tinged with real lessons and they provided real outlets for processing our ideas. In a way, imagination isn’t just for fun; it helps you learn to put yourself in another’s shoes, explore consequences, get resourceful, and—of course—stave off boredom.

Even if we’re not “poor” by the time my husband and I have kids, in some ways I want us to raise them as if we are. Despite the overwhelming number of available activities these days, from dance camps to video games to sports practices to Netflix to Pinterest crafts, I want our kids to get bored. I want them to whine, “Mom, I’m bored,” and I’ll say “Good,” because—I hope—we will have read to them, and taught them to see more than what’s there, and accepted their crazy play premises, and built them up with true principles that they can explore and test and propagate without fear. I want to pass on the gift of imagination as it was given to me.