The Use of Scripture in Public Discourse 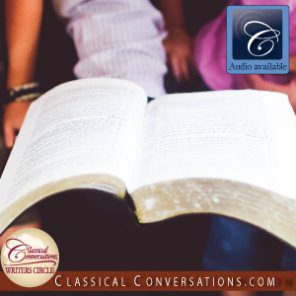 Public discourse is any branch of reason intended for use by the population at large. By contrast, private discourse is reasoning used among members of an organization be it a family, a church, a group of friends, or a club. The patterns of thought and discourse are similar in both cases with the primary exception that there are fewer shared ideas among a larger group.

If, for instance, you were speaking at a boating club, then metaphors dealing with lakes and oceans would have more sway and people would be more likely to know the difference between starboard and centerfield. Likewise, you could probably deduce that, within the club, people would take the preservation of waterways as a given, as something that does not need to be proved.

However, if you were to talk to the public at large you would find that the use of boating language might bring more confusion than understanding and you would find that not everyone is as excited about the preservation of waterways. At this point, such ideas would no longer provide common ground.

Additionally, in both public and private discourse the results of such discourse are often binding on the participants. If the boat club implements a rule, then the members of the club are required to follow it. If a city passes a law, all who live inside the city limits are required to follow it. Thus, public discourse has much more at stake—it has binding power even upon those who might not care to be part of the group.

It is true that in a logical argument if an argument from a set of premises is valid it can be defeated if the other person does not agree with the premises. Therefore, let us pretend I make the following argument, saying “Premise 1: I believe the Bible is true. Premise 2: the Bible says X. Conclusion: X is true.” It is logically valid for the other person to say, “I don’t believe premise 1, therefore I don’t need to accept your conclusion.” As such, I agree that for a secular audience prooftexting is an invalid way of using the Bible. However, there are many other ways to make valid use of Scripture in a public context.

Think about looking in a microscope. When you look into a microscope, you suddenly know something deeper about the world and how it operates. It would be ridiculous if, during public discussions, we forbid a scientist from relaying the information they gained by looking through a microscope, simply because we had never done it ourselves. Likewise, Scripture does not just give us prooftexts; it gives us a deep understanding of the world around us. It operates like a flashlight. If I wake up in an unknown room in the middle of the night, I can discover some of its features by groping around in the dark. However, I would be able to find my way to the bathroom much easier if someone turned on the light or at least if someone who had seen the room in the light told me how to get to the bathroom without stubbing my toes on the furniture.

Now, how do I know the person relaying directions is telling me the truth? Perhaps they are assuming they know the way, but they themselves have not actually found the bathroom at all. Well, if they are able to tell me other true facts about my path to the bathroom, then I would be more inclined to believe them.

So, going back to Scripture, the difference between prooftexting and using Scripture as a light is that our goal is not just to find a quick answer in the big book, but to reflect deeply on what Scripture says. What does it mean that all have sinned? How does that affect your relationship with me and my relationship with you? What does that mean with regards to how we deal with power? If all you do is prooftext, you are only grazing the surface of what Scripture has to offer you. Instead, you should reflect on Scripture and see how it applies not only in its immediate context, but in broader application.

Doing this not only helps us use Scripture to illuminate our problems, it is an evangelical tool as well. If we use Scripture to deepen our patterns of thinking, then our abilities to make sense of complex situations will attest to the truth of Scripture which enlightened us. It is the fact that microscopes are so useful in understanding the world that makes them well recognized as a valid information-gathering tool. If we use Scripture to deepen our thinking, then we allow the same to happen with it. A similar thing happened in Acts 4:13: “Now when they saw the boldness of Peter and John, and perceived that they were uneducated, common men, they were astonished. And they recognized that they had been with Jesus.”

This also helps solve the issue of whether or not we should make laws based on Scripture. It is true that Christianity must be freely chosen—it cannot be compelled. In fact, religious freedom follows Christianity around for that very reason. Nonetheless, is it not true that good laws are based on truth and is it not true that knowing Scripture will aid us in knowing truth? Therefore, while Christianity cannot and should not be mandated via force of law, the truths within Christianity should be used as a foundation stone for creating law. The alternative would be to adopt coercive laws based on lies, which seems much more problematic.

In the Old Testament, the role of the governing rules was specific to Israel as God’s covenant people. The New Testament, on the other hand, presupposes that Christians will always live among non-Christians. Therefore, the role of the government in the New Testament (according to 1 Timothy 2 and Romans 13), is to (1) allow citizens to lead peaceful lives of holiness and dignity, and (2) punish those who do harm to others. Neither of these require assent to Christianity to accomplish, but both are improved with the knowledge of Christianity. For instance, in Communist countries, they tried to help citizens lead peaceful lives. They thought the origin of sin was property, so they banished property in order to help everyone live peaceably with each other. The problem with this plan is that according to Christian doctrine, sin is not located in anything external, such as property. Sin is inside each one of us. Therefore, any law which attempts to externalize sin will be doomed to fail. We know this because Christianity has helped us see and understand the human condition better.

Other Ways to Use Scripture in Public

Another way to use Scripture is by using it as a teaching tool. Most of the narratives of Scripture are not only historical, but contain deep truths about humanity and, therefore, can serve as the basis for helping others understand fundamental realities. The story of David is instructive for understanding just how ruinous adultery can be. Jesus’ parable of the rich fool who built bigger barns teaches us how ridiculous it is to hoard wealth. All throughout Scripture, there are stories and examples which can be used to illustrate reality from a Christian perspective.

Finally, Scripture can be used directly as a call for repentance. As the history of the revivals tell us, repentance is often a public act and it is Scripture, not logical argument, which tends to bring people to repentance. In my opinion, I think this is because each of us recognizes innately that Scripture is the words of our Father calling us back to Him and calling us to drop our pretenses and our defenses and repent of our rebellion against Him. This is not a logical argument, but a recognizable voice tearing through our defenses and charades. This is a much-needed, but much-underused use of Scripture in the public square.

In conclusion, we can and should use and quote Scripture in public discourse and we should teach our children to do so. However, we should also teach them how to do so effectively and how to go beyond simple prooftexting to using Scripture as a lens and a light to understand the world around us in every endeavor in which we participate.