The Way of Repentance 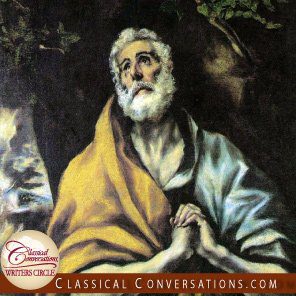 Even in rhetoric, it all comes down to The Way of Repentance.

What is this Way? One might look at it in a number of different lights. Here is one: it is leaving behind the voices, anxieties, and vainglories that crowd our minds and souls in order to enter His silence and peace.

Here is another: Suppose you are accused. How do you respond? I have never been accused of anything that could not be applied, in some way to my sick soul. I can resist the accusation and say it is not true and maybe there is some detail that does not apply to me. I can rise up and resist it. Or I can enter into His silence who did not speak when He was accused. I can rise up like the one who said, “I will arise,” or I can step down like the one who “made himself of no reputation.”

“Let this mind be in you,” said St. Paul, and he was not referring to the first option. The Way of Repentance is the way down, of placing ourselves under the accusation, just or unjust.

Even in rhetoric, it all comes down to The Way of Repentance.

Repentance means seeing that you are oriented in the wrong direction, saying, “I am wrong,” and turning around, changing your mind’s orientation.

When we are oriented in the wrong direction we are impressed by the wrong things. Think of the Corinthians (since they are at a safe distance). They were impressed by eloquence, which is a nice thing. Apollos was eloquent, and there was nothing wrong with him being eloquent, but the Corinthians had to keep their perspective. St. Paul spoke without eloquence, but he spoke with apostolic authority.

What were the consequences to the Corinthians when they exaggerated the importance of rhetoric? Division, envy, immaturity, lack of insight, apostolic rebuke, poor judgment on very practical matters, lack of growth, and in the end, a failure to reach the fullness of their humanity that the rhetorical tradition was calling them to.

What about us—Christian classical educators? Is there an analogy to us?

Is it okay to attract people to eloquence, persuasive skills, success? Or is that using ancient sophistry to promote its enemy?

Each school and each home has to decide. I cannot make this decision for anybody for the simple reason that I have neither the authority nor the information to be able to judge another man’s servants.

But I can appeal to you. Please think about how you will decide. Do you trust in the emptiness of “big data”? Do you trust the power of the gospel to do its own work or does it need your help (like, for example, a middle school student helps along his essay with all sorts of purple prose)?

When St. Paul told the Corinthians to imitate him, what did he mean?

He came to Corinth from Athens, in fear and trembling. But he “succeeded,” whereas in Athens no church was planted, although according to Acts he seems to have spoken quite eloquently on Mars Hill.

What are we to take from that? I do not know. However, for classical educators it seems to be something worth thinking about.