What Do Employers Want Our Kids to Know? 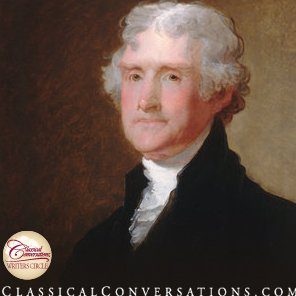 Have you ever been to Monticello? If so, were you amazed that Thomas Jefferson, our third president and founder of the University of Virginia, was his own architect? Did you know that America’s first president (under the Articles of Confederation) Peyton Randolph could write in two languages at the same time, one language for each hand? Did you know that most societies throughout time have considered a person literate only if they knew three or more languages?

For centuries, young people were considered educated only when they had mastered a broad range of skills. These included foreign languages, music, literature, history, rhetoric, and oratory. If you read literature about schools in the 19th century, you will find that children in school are frequently called upon to recite long passages of literature and history for the townsfolk. Why was this practice viewed as necessary for rural homesteaders? In turn, what is necessary for our students today?

I have visited with many employers and read many articles about skills that companies seek in college graduates. The same two characteristics come up over and over again. Employers want to hire people who have strong communication skills—both oral and written—and people who can learn on the job so that they can be flexible when conditions change.

Many universities have complained that students who graduate from American high schools lack basic writing and speaking skills. Consequently, employers are complaining that college graduates lack these same basic skills. Both institutions claim that they are spending large amounts of funding on remedial programs that teach these subjects. Just this week, National Public Radio ran a story which included the laments of one company about the large amounts of money they must spend each year training their new hires. Click here to listen to the full interview.

I worry about the current drive for students to become specialists at younger and younger ages. All of our students should graduate from high school with a basic grasp of US and world history, of government and economics, of math and science, of literature and languages. In previous generations, this period of broad education continued through undergraduate studies at universities. Not so very long ago, all undergraduates at Harvard took exactly the same courses. This plan of study was designed to produce generations of broadly knowledgeable citizen-leaders capable of self-governance. After three or four years of a well-rounded curriculum, some students went on to specialize in careers like law and medicine, but it was universally understood that all citizens needed the same foundation.

One practical reason in favor of a broad education for young people is that the economy is ever-changing. Industries that are abundant and thriving today may vanish tomorrow. Students who are able to think clearly, to communicate ideas persuasively, and to learn new skills quickly and independently will be able to meet these changing needs.

The Classical Conversations Challenge program is designed to give students a base of knowledge in a wide range of subjects and skills. In addition, we focus on teaching the tools of learning so that students can tackle any new subject at any time. We want to teach students how to think, not what to think.

Aside from pragmatic concerns about getting a job, what are the underlying philosophies that govern our educational choices? Do we want our children to think of themselves as workers only? Or even as workers first? Are they to be valued only for what they produce and consume? This is all well and good for the advertising companies, but we should want more for our children. What goals drive our educational plans? What should we really desire for our students?

I want my children to appreciate and create works of art, to read voraciously, to love dance and song, to worship wholeheartedly, to speak passionately, to judge wisely, and to serve sacrificially. I want them to encounter the best that has been said and thought in human history so that they may live well. In so doing, they honor others and their Creator.