What “Should” One Do? 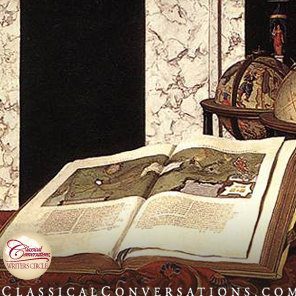 [T]he ethical question “What should one do?”…elicits not only knowledge, but wisdom, and it draws the interest of the student into any subject, no matter how obscure or far removed from his day-to-day concerns. It challenges the imagination and makes life the laboratory it ought to be for testing the hypotheses and lessons of the classroom.

Should a school of fish follow a larger fish when he tells them to ignore the water?

To begin examining this question, let us consider the old, hackneyed expression about how fish do not know water because it is all around them. This may be quite true for fish, but people are different. How are we different? People are different because we bear the image and likeness of God. Furthermore, because we bear His image, we can actually see the water in which we swim. In fact, we can look within ourselves and see—to continue the metaphor—not only the “water” that goes through our “gills,” but the “gills” themselves.

In the realm of education today, the “big fish,”—conventional educators—want us to ignore both the water and our gills. In fact, they want to teach fish through the process of lifting them from the water and then clipping their gills. It is obvious that this does not—in fact it cannot—nurture healthy fish.

I admit that I am pushing this metaphor, but allow me to explain myself. What I mean is that the Torah, the Law of the Lord, is both engraved in our hearts and permeates every aspect of our environment; it constitutes both our gills and the water in which we swim.

The Torah of the Lord includes more than the Ten Commandments; it is His Wisdom. This is good news, because it makes teaching less complicated than we might have feared. To continue the metaphor: to teach well, all we must do is repair the gills and put the fish back in the water. In other words, we must mend the hearts of our students and put them back into the realm of His Wisdom.

One way to put these metaphorical fish back in the water is to approach reading and writing as human experiences—tangible processes that our students go through as human beings who bear the image of God—instead of manufactured, conveyor belt, factory productions.

Among the best ways to repair the gills is a method so simple and effective that it is almost embarrassing to say it in public. Here it is in a nut shell: When you read a story, whether it is literary or historical, pick any character and ask yourself whether you think that character should have done what he did. Asking this simple question is the key to better reading, better writing, and better—to continue our metaphor—swimming. This simple technique involves asking a should question.

Every storyteller has a point he wants to make and every story has at least one character who encounters a problem. In order to solve the problem, that character makes decisions and then acts upon them. Such decisions and their consequences embody the author’s point and reveal his perspective. Fables reveal this most clearly, because the author often affixes the moral at the end. Yet even a novelist as obscure as Flannery O’Connor or William Faulkner is making a point; you just have to look closely at the characters and their actions to perceive it. Asking a should question helps us grasp the point the creator of the story wants to make.

Should questions underscore the moral nature of all stories and historical events. They reveal the philosophy of the storyteller and they lead you into the heart of every story. Ironically, any other approach distracts the reader from the story and from the question about which the reader cares most, namely: “What is the problem with which the character struggles, and should he have made the decisions he made and taken the actions he took in order to solve that problem?”

The next time you are studying history or literature, try asking should questions. Ask your students, “Should Washington have crossed the Delaware?” or, “Should Lucy have followed Mr. Tumnus?” In symbolic, abstract terms, it looks like this: “Should X have done Y?” where X and Y are analogous to the unknowns we seek to identify and name in algebra problems.

In the classroom setting, ask students should questions and then let them express their opinions. Ask them to explain why they hold their opinions. Start a good argument. Everybody will read more closely and with more life. You will have begun to heal their gills! This why The Lost Tools of Writing2 curriculum starts with the should question. Let us head back to the old water hole!