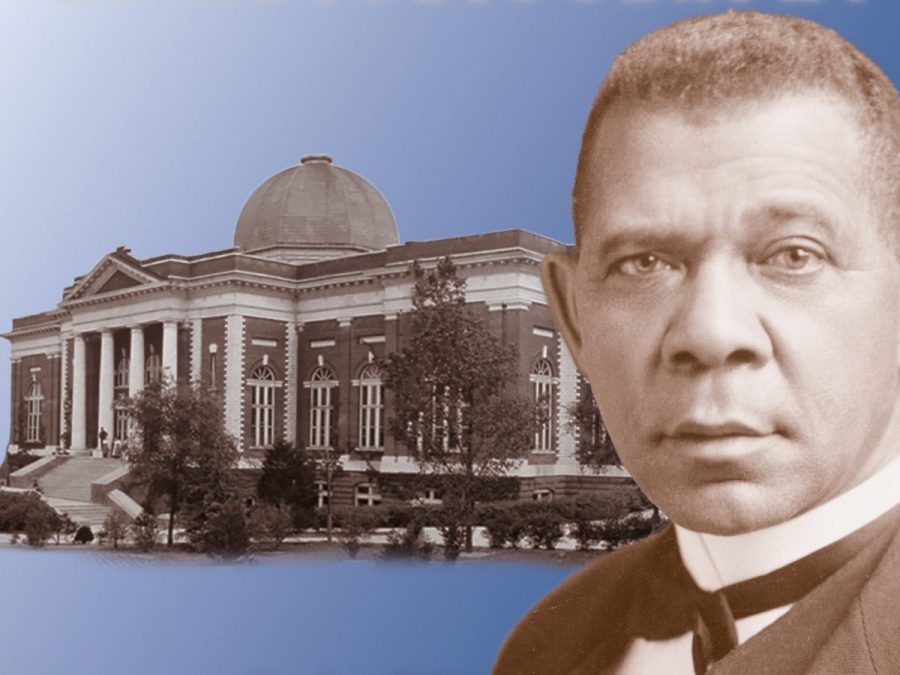 Born into slavery, Booker T. Washington and his family were emancipated after the Civil War. Growing up, Washington endured many hardships. Nevertheless, he learned the value of hard work, education, and perseverance as he climbed the ranks of society.

Our Challenge I students read and discuss Booker T. Washington’s autobiography, Up from Slavery, comparing and contrasting it with the earlier Narrative of the Life of Frederick Douglass. Amidst retelling his life’s story in Up from Slavery, Washington provides brief yet powerful insights on the importance and true meaning of education, industriousness, happiness, and success.

The latter theme, success, consistently emerges throughout the text. As a tribute to this influential and inspiring individual, here are three lessons from Booker T. Washington about true success.

Success is Not a Position

I have learned that success is to be measured not so much by the position that one has reached in life as by the obstacles which he has overcome while trying to succeed.”

Washington views true success less as achieving a high-society position like a congressman, president, or—to relate this to our day and age—a CEO or famous celebrity. Rather, to Washington, success is better assessed by each individual overcoming the unique hardships he or she experiences throughout life.

I will not say that I became discouraged, for as I now look back over my life I do not recall that I ever became discouraged over anything that I set out to accomplish. I have begun everything with the idea that I could succeed, and I never had much patience with the multitudes of people who are always ready to explain why one cannot succeed.”

Washington was certainly a determined person. As he relates here, once he set his mind on something, he knew he could achieve it. This is another great lesson about the true meaning of success—that only those who actually believe they can succeed will.

Success is Losing Yourself

In order to be successful in any kind of undertaking, I think the main thing is for one to grow to the point where he completely forgets himself; that is, to lose himself in a great cause. In proportion as one loses himself in the way, in the same degree does he get the highest happiness out of his work.”

To Washington, success is found in losing oneself to a great cause. Of course, as Christians we know that our “great cause” is to know God and to make Him known. Thus, we will find true success when we lose ourselves to Him completely, pursuing Him and building His kingdom.

The Wisdom of Booker T. Washington

Though his life was far from easy, Booker T. Washington ascended the ranks of society and became an influential intellectual, speaker, advisor to U.S. presidents, and founder of the Tuskegee Institute in Alabama. From an outward view, Washington was incredibly successful. However, he did not lose sight that success is much deeper than simply one’s achievements or high standing in society.

This post is third in our Black History Month series celebrating the lives of great men and women throughout history and the lessons we can learn from them. Below are links to the other posts in this series:

6 Tips for Doing Foundations with Your Littles (Updated for 2022)

I am part of a couple of Facebook groups for Classical Conversations® families where we...

2023 National Conference: Save the Date!

Classical Conversations® families — mark your calendar for Thursday, May 4, through Saturday, May 6,...