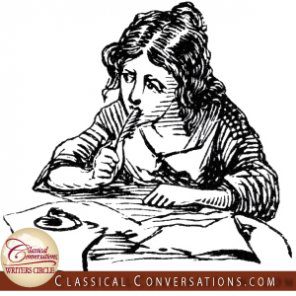 As much fun as some of us have with the Greek words for these devices, I want my reader to understand that the deft writer quickly gets beyond an academic fascination with them. They are meant to be used for beautiful, persuasive communication. Love these patterns as an artist rather than classify them as a scientist.

With practice anyone can learn to write memorable and persuasive text. Schemes are “the artful deviation from the ordinary arrangement of words”2 while tropes are “the artful deviation from the ordinary or principal signification of a word.”2 Schemes shape the structure; tropes transfer the thought.3 One plays with the sound of words, the other with the meaning. For an overview, see the first article in this series, Devices of Style – Part I: Introduction.

To my way of thinking, schemes work in four ways: by parallelism, by repetition, by contrast, and by word order.4 These can be used in combination, as the opening quotation shows. The ones I define below are favorites my students and I have been able to adopt without difficulty.

“Consequently, the field is open for all sorts of questions, whether regarding the nature of true happiness, the cause of the Persian wars, or the source of the Nile.” David Hicks, Norms and Nobility

“I should hear him fly with the high fields

And wake to the farm forever fled from the childless land.” Dylan Thomas, “Fern Hill”

“One might have thought such a conclusion was common sense, but the defense of common sense is, in the university setting, a dissenter’s enterprise.” Gary Saul Morson, “The Tyranny of Theory”5

“Love. Fall in love and stay in love. Write only what you love, and love what you write. The key word is love. You have to get up in the morning and write something you love, something to live for.” Ray Bradbury Zen in the Art of Writing: Essays on Creativity

“Perfectly does anastrophe conform to our definition of a scheme as ‘an artful deviation from the ordinary pattern or arrangement of words.’”6 Corbett and Connors, Classical Rhetoric for Modern Students

He fathers-forth whose beauty is past change:

“Most motor-cars are conglomerations . . . of steel and wire and rubber and plastic, and electricity and oil and petrol and water, and the toffee papers you pushed down the crack in the back seat last Sunday.”  Ian Fleming, Chitty-Chitty-Bang-Bang: The Magical Car, 19647

Why does the classical student study these terms and practice these patterns? First, student writers who know the figures will discover and imitate examples as they read great literature. Second, the author who can make artfully figured prose both delights the reader with its beauty and presses home its message. The apt use of stylistic devices is persuasive.

For practice, try this.8 Choose a basic statement, such as “Birds rely on us to feed them in the winter.” Write it in each of the schemes above, shaping it to the form while keeping the essential meaning (e.g., “I feed the birds with seeds to keep their bodies warm; I read to my kids from books to keep their souls alive.”) Keep a writing notebook with a section for these devices and collect examples. Just knowing the definitions of these beauties will make them pop off the page as you read.

Watch for “Devices of Style – Part III: Tropes” next month on Writers Circle.