Devices of Style – Part I: Introduction 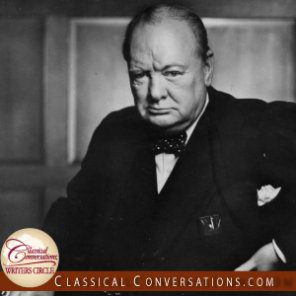 “He mobilized the English language and sent it into battle.”
– John F. Kennedy, speaking of Winston Churchill

Winter’s long dark evenings invite us to curl up with a thick novel. This winter as I amble through Lorna Doone, a story slow in action, but rich in language, I find passages such as this:

“All the earth was flat with snow, all the air was thick with snow; more than this no man could see, for all the world was snowing.”   – R. D. Blackmore

Blackmore’s prose is bejeweled with stylistic devices. Notice the parallelism in the first two clauses; notice also they begin and end with the same words.i Hear the repetition in “…snow…snow…snowing.”ii

I keep a commonplace book for sentences and passages that delight me. Winston Churchill has contributed many, such as this one, an example of parallelism of grammar:

“Some see private enterprise as a predatory target to be shot, others as a cow to be milked, but few are those who see it as a sturdy horse pulling the wagon.”

And this example of irony from Ernest Hemingway,

“There is nothing to writing. All you do is sit down at a typewriter and bleed.”

Each of these employs a stylistic device called a figure of speech. A figure of speech is the artful deviation from the ordinary arrangement of words or from the principle signification of a word.iii Figures of speech are rhetorical devices, falling into two groups: schemes and tropes. Schemes emphasize by the arrangement of words; tropes through the meaning of words.iv Let me share some of my favorites.

First, schemes use structure to appeal to our senses. Repetition, parallelism, and word order are types of schemes.

“Step forward, Tin Man. You dare to come to me for a heart, do you? You clinking, clanking, clattering collection of caliginous junk…And you, Scarecrow, have the effrontery to ask for a brain! You billowing bale of bovine fodder!” – Frank Baum v

“They call for you: the general who became a slave; the slave who became a gladiator; the gladiator who defied an Emperor.” vi   – Gladiator

“That’s one small step for a man, one giant leap for mankind.” viii   – Neil Armstrong

Schemes are easy to find, easy to create, and easy on the ear.

The second group of rhetorical devices is tropes. Where schemes catch our ear with sounds of repetition and parallelism, tropes hook our thoughts by out-of-the-ordinary ways of expressing meaning. (I remember the difference between schemes and tropes by linking scheme-structure-senses and trope-thought.) Some familiar tropes are simile, metaphor, pun, personification, and rhetorical question.

Martin Luther King, Jr. is our greatest American orator, in my opinion, and “I Have a Dream” soars with figures. Here is just the opening, full of metaphors:

“Five score years ago, a great American, in whose symbolic shadow we stand today, signed the Emancipation Proclamation. This momentous decree came as a great beacon light of hope to millions of Negro slaves, who had been seared in the flames of withering injustice. It came as a joyous daybreak to end the long night of their captivity.” x

When a word is used in an unexpected way, you have a trope:

“Everywhere I go I’m asked if I think the university stifles writers. My opinion is that they don’t stifle enough of them. There’s many a best-seller that could have been prevented by a good teacher.”ix   ― Flannery O’Connor

You will recognize simile here, I think:

“Read, read, read. Read everything—trash, classics, good and bad, and see how they do it. Just like a carpenter who works as an apprentice and studies the master. Read! You’ll absorb it. Then write. If it’s good, you’ll find out. If it’s not, throw it out of the window.”   ― William Faulkner

A trope expresses an idea by linking to something we already know.

Language lends itself to endless wordplay. If figures were jewels we could gather bushels. The reader could, that is. The writer has to cut each one before you can find it. Do you want to write well? Develop your skill with rhetorical devices. Schemes and tropes take ordinary communication and make it art.

Here is an interesting fact about the opening quotation. When President Kennedy used it in the 1960s he was quoting Edward R. Murrow, who first wrote it about Churchill in 1940. Kennedy heard the metaphor and remembered it twenty years later. That is memorable writing!

Watch for Part II: Schemes and Part III: Tropes as I take a closer look at each and give exercises for writers to practice.

iii This definition is modified from Silva Rhetoricae: http://rhetoric.byu.edu/.

iv Zeugma: the omission of a verb for subsequent parallel clauses.

ix I am going to call this a pun but that seems too pale a name for it.

The image of Winston Churchill is by Yousef Karsh.