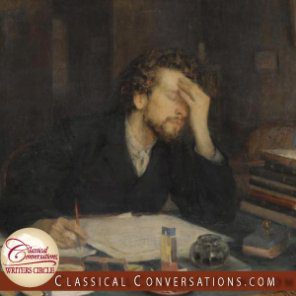 There are two essential kinds: schemes and tropes. In Part I of this series I gave an overview and introduced them both. In Part II I explored schemes, laying a lavish feast of examples. Schemes are “the artful deviation from the ordinary arrangement of words” while tropes are “the artful deviation from the ordinary or principal signification of a word.”1 If a scheme is a transference of word order, a trope is a transference of meaning.1 I will focus on three kinds of tropes:

Words which reference one thing as another

“We are cups, constantly and quietly being filled. The trick is, knowing how to tip ourselves over and let all the beautiful stuff out.” –Ray Bradbury

Parables are extended metaphors, and Christ spoke many. In the Parable of the Sower we understand that the seed is the Word, the soils are the hearts of men, the crow is the devil, and so on.

“We contend that for a nation to tax itself into prosperity is like a man standing in a bucket and trying to lift himself up by the handle.” –Winston Churchill

“Her hair was like gravy, running brown off her head and clumping up on her shoulders.” 2

“Here he often loved to wander, through the forest of stiff strong stalks that carried their own golden sky away over his head—a sky that was always dancing, shimmering, softly talking; or swaying strongly to the passing wind and recovering itself with a toss and a merry laugh.” –Kenneth Grahame, The Wind in the Willows

“Was this the face that launched a thousand ships?” –Marlowe

“A hungry stomach has no ears.” –La Fontaine

“The Atoms of Democritus
And Newton’s Particles of light
Are but sands upon the Red sea shore
Where Israel’s tents do shine so bright.” –William Blake

Word Play and Puns
We do not always find it appropriate in high school essays to employ the wit of wordplay, but this is exactly what can make for lively dinner conversation. Many teens play with words, a creative gift that should be encouraged.

“If we don’t hang together, we’ll hang separately.” —Ben Franklin

“Your argument is sound, nothing but sound.” —Ben Franklin

“It is easy to make a buck. It’s a lot tougher to make a difference.” –Tom Brokaw

“Neither hide nor hair of him had been seen since the day that Kwame Nkrumah had been ostrichized, accused of being the biggest cheetah in Ghana, but safaris anyone knew, no fowl play was involved.” –Article in Time Magazine April 8, 19661

“Alexander conquered the world; I, Minneapolis.”3

“To write is, indeed, no unpleasing employment.” –Samuel Johnson

“My left leg weighs three tons. It is embalmed in spices like a mummy. I can’t move. I haven’t moved for five thousand years, I’m of the time of Pharaoh.” –Thomas Bailey Aldrich, “Marjorie Daw”

There are many more tropes. Should I tell you about aporia, where the speaker expresses doubt about how to proceed? I will not mention preterition, for I would certainly not draw attention to something while pretending to pass it over.

Figures of speech are like gestures. Everyone uses hands and facial expressions when telling a story or arguing a point. But by becoming aware of what can be conveyed through the artistic arch of a brow or the lift of a hand, the storyteller becomes an artist. Think about it: we already use some devices of style instinctively. As we become conscious of schemes and tropes, discover them in literature, and deliberately practice them, we will create them more often.

And as we do we just might have a little fun.