Is It Possible to Integrate Even More? 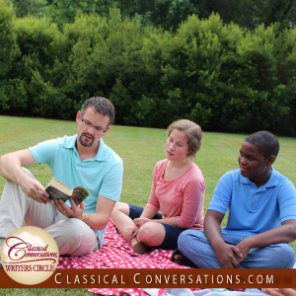 Integration. To some, it’s a dirty word. To others, it’s a beautiful thing.

Integration does happen naturally, as Mr. Matt Bianco states in his article “Defeating the Integration Monster.” If you are a new Challenge director, you may find that difficult to believe. However, as you begin to try forcing integration amongst the subjects, you will find more and more that it comes naturally, that it is fairly easy, and that forcing the integration quickly fades into allowing the integration to flow.

If subject integration is so natural, why does it seem so unnatural at first?

In a perfect world, this seems possible, but this is not a perfect world. It would involve an enormous paradigm shift, it would require tutors to take on massive amounts of extra work, and, in many cases, it would simply not be logistically possible.

Some might say that having a director move to a different Challenge level is not a good model. I offer that perhaps it is the best model, albeit most often not a practical one. What better way can you think of to incorporate integration not just across the subjects, but across the years?

Take, for example, our Challenge B History of Science class this week. We studied Isaac Newton. His famous Second Law states that Force equals Mass times Acceleration. “Acceleration” comes from the Latin term “accelerātiō, accelerātiōnis” (a hastening). His gravitational law governs the physical movements of all bodies in the universe, much like the laws of logic govern the ideas throughout history. And both the law of gravitation and the laws of logic originate from the same Source. We learned that Newton proved any force applied will have an equal and opposite reaction, much like the opposite reactions we see in our Current Events discussions. In other words, we integrated across the Challenge B subjects. However, we didn’t stop there. We integrated our study of Isaac Newton with a concept the students will not learn until Challenge IV—physics. We discussed briefly how Newton’s writings affected the Enlightenment, which influenced the French Revolution (Challenge I and II). Newton’s mathematical discoveries in the area of calculus—which they found fascinating—will appear again in Challenge III. In addition, I was able to whet their appetites with a brief discussion of the controversy between Newton and Leibniz, causing them to look forward to both math and world history in Challenge IV. In other words, we integrated across the Challenge levels.

If you have been considering changing Challenge levels, I am here to encourage you. Take that opportunity if it presents itself. It involves starting over from scratch every time you change levels. It involves more learning that you can ever remember enduring. It involves time, labor, patience, tenacity, and commitment, but it is well worth it. And it affords the opportunity and the ability to integrate even more.