Philosophy: What’s the Use? 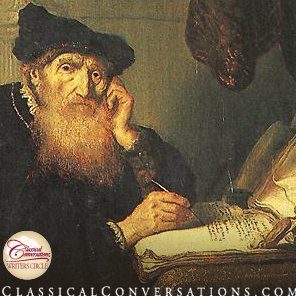 “Why do we have to study the things a bunch of dead guys said years ago?” This is a fairly common question posed by philosophy students. It is a reasonable question, but it is a “top floor” question. To sufficiently answer it, we must journey down to the “basement” to find the fundamental issue at hand.

Once upon a time, there was a popular nineteenth century philosopher who espoused some very disturbing ideas: Morality and values are man-made crutches that have led to the degeneracy of western culture; Christianity is a destructive establishment serving as a narcotic for the masses; and finally, God is dead. If you are thinking “Friedrich Nietzsche,” you are correct. We now leave the “top floor” and travel down a level to discover more rudimentary questions. How is it that these horribly twisted ideas of hopelessness, meaninglessness, and nihilism have come to permeate our culture? Why is it that Nietzsche is called “one of most influential of all modern thinkers”?1 How could it be that his “revitalizing philosophy has inspired leading figures in all walks of cultural life”?2

To answer these questions, perhaps descent to a still lower level must occur in order to discover a more fundamental question: how could so many people be drawn to a worldview so replete with lies? To answer this question, we must look to history; we must go back in time, all the way to the beginning, where we finally arrive in the “basement” to unearth the foundational issue.

Back in the Garden of Eden, God records for us the very first lie. It transpired something like this. Satan approached Eve and said, “Yo, Eve! How would you like to disobey God? All you have to do is follow my instructions. Here are the fringe benefits: incur condemnation from your Creator, get yourself banished from paradise, and earn an everlasting curse. And in the process, you can ruin mankind for all time! C’mon, it’ll be fun!” If you have ever read the Genesis account of the Fall, you already know that this is actually not the way it happened. What is missing here? The modus operandi is missing. Satan did not use this straightforward approach. Instead, he used bits of truth intermingled with his lies. He told Eve that, if she ate the fruit, she would know good from evil…which was true. This bit of truth caused Eve to be drawn to the lie (you will be like God), and even to accept the lie as truth. Once Satan had captivated Eve with his deceptive and hollow lies, she eagerly shared that lie with Adam, who willingly accepted the lies along with the truth. Part of Satan’s lie touched on truth. Adam and Eve, like moths to a flame, were attracted to the truth, ignoring the danger of the flame itself.

Satan’s tactics have not changed. He uses distorted truth to lure humans to his lies. Satan offers partial truth to lure us in, and then we fall for the lies. Why does he use this tactic? Because he knows it works. Now, we ascend from the “basement” to ascertain an answer to an upper level question: what does this have to do with Nietzsche?

Just because Nietzsche had some very warped views does not mean that everything he said was wrong. He believed, for example, that life was about much more than mere survival—which was Darwin’s view. Nietzsche believed that life was a constant struggle against the status quo, that one’s purpose in life ranged well beyond the very mundane tasks of simple existence. These ideas ring true; perhaps this, in part, explains why people all over the world believe that Nietzsche’s nihilism is truth. Perhaps they are lured into the parts of Nietzsche’s philosophy that touch on truth, and then they fall for the lies. Perhaps this is why they fall for the hollow and deceptive parts of his worldview. If it is true that there is more to life than mere survival, then perhaps Nietzsche was also right when he said that one’s purpose in life must be generated by oneself; without the self-generation of purpose, life is utterly meaningless. Once people are captivated by the deceptive lies, they eagerly share those lies with others, who willingly accept the lies along with the truth. Sound familiar?

What does this have to do with the study of philosophy? Again, we scale one more flight of stairs. According to one student, philosophy can be defined as a bunch of deep mumbo-jumbo espoused by dead guys. Perhaps this is a definition popular among high school students. Studying philosophy seems a bit archaic, does it not? Sure, some of it might be interesting; but most of it is just downright useless. It is basically a history lesson of crazy ideas and even crazier people. It has no efficacy. Or does it?

Studying philosophy serves two purposes. It does, indeed, serve as a history lesson which, in itself, has value. However, the more important advantage of studying philosophy is this: it gives us better understanding of how to separate truth from lies. When studying this subject with a philosophy book in one hand and a Bible in the other, students begin to develop a discerning mind; it helps them understand how so many lies can be accepted by so many people.

In studying philosophy, we begin to see the temptation and the allure of some of the major strains of thought prevalent in the world. We see that Freud’s philosophy contained elements of truth: The strongest element in a culture is its religion; man is not fond of work; human passions often overrule reason. We see that Marx’s utopian society has elements of truth: the world would be a better place if everyone shared equally. We see that Sartre’s idea that freedom is a burden that can crush the human spirit has elements of truth in it (see Soapy in O’Henry’s “Cop and the Anthem”). Even Darwin championed elements of truth: we do, indeed, see minor changes within species brought about by natural selection. By understanding that most philosophies have some innate truth, we can understand 1) why people are captivated by them and 2) how to better recognize the lies associated with them. This has value, but does it apply to us today? After all, the preponderance of major philosophers are pretty much dead. To answer this question, we climb the next flight of stairs, equipped with the knowledge to consider this present-day application.

One modern philosopher has this to say: You should love yourself and you should love others; God is perfect; you should strive for wisdom and not live a life of regret; each human being is unique and beautifully made; love and faith go hand-in-hand.3 Because these worldview statements are full of truth, it is no wonder that so many are drawn to this set of beliefs. Who is this modern-day philosopher? Why, Lady Gaga, of course. Espousing a set of beliefs that lay out a map for life, this philosopher captivates millions through her hollow and deceptive ideas. How is it that so many people (mostly young people) accept this? Why is it that she has more Twitter followers than any person on earth (well over 20 million)? Perhaps they are drawn by the truth in her words, and then eagerly accept the lies. Perhaps it is because they are unable to discern truth from untruth. Perhaps they never studied philosophy from a biblical perspective.

Colossians 2:8 gives us some direction regarding philosophy: “See to it that no one takes you captive through hollow and deceptive philosophy, which depends on human tradition and the basic principles of this world rather than on Christ.” (NIV) The warning is clear: There are philosophies out there that are hollow and deceptive; there are philosophies out there that rely on ungodly principles. But the warning comes with an imperative: see to it that you are not captivated by these philosophies.

We promptly mount the last flight of stairs. Having completed our round-trip to the “basement” and arriving once again on the “top floor,” we can address the original question. Why must we study philosophy? The answer lies in the imperative of Colossians 2:8. Studying philosophy in both Challenge I and Challenge III facilitates training that will help our children resist these hollow philosophies. Studying the deep thoughts of dead guys helps us understand and discern the deep thoughts of live guys (or gals). In order to be obedient to Colossians 2:8, our job is to teach our students to know the Truth so well, they can immediately spot the lies. Understanding how philosophy has shaped the views of our culture will help us understand how to influence the future shaping of that same culture. And that, in a nutshell, is why studying philosophy is so important.

3 Paraphrased from the lyrics of “Born this Way” by American recording artist, Lady Gaga.