The Core Chapter 6: The Core of a Classical Education: Math 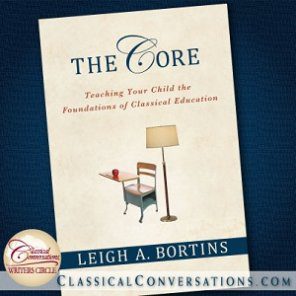 Would you call yourself a math person? Years ago, I would have called myself a literature person or a language person. I graduated with a degree in English and a minor in French. I always liked math, but, after high school Calculus, I never took another course. Now, at home with my children, I get to delve into numbers all over again. There’s something satisfying about lining up an equation and solving the puzzle. The news is full of talk about how American students must do better in math and science competitions with their international peers. Yet, American math education is experiencing a crisis as educators abandon time-tested methods for teaching arithmetic, algebra, and geometry, the building blocks for higher math.

As Leigh notes in Chapter 6 of The Core, the educational crisis in math can be shown just be looking at the index of recent math books. She quotes educational commentator Diane Ravitch:

As Christians, we should sit up and take note. If we believe that God has created a well-ordered universe that follows mathematical laws, then we should desire to learn the language in which he has written it and teach it to our children.

When my first child Ben was born, I decided to begin tutoring for the local high schools as a way of earning income while staying at home. Every year, I witnessed the same curious phenomenon. At exactly the nine weeks mark, I received frantic calls from parents who had the first progress reports in hand and were desperate for a geometry tutor.

I learned two important lessons about math in those years. One is that our modern way of teaching geometry does not work for our brains. Students had not been prepared for the study of geometry in their previous years of math. Their brains simply could not learn all of the technical vocabulary of geometry, memorize formulas, practice calculations, and prove that the formulas are true simultaneously.

Students struggled with proofs because they simply were not at the dialectic or rhetoric stage of geometry. If they had memorized the definitions of diameters, chords, rays, line segments and isosceles triangles in previous years of math they would have been prepared. They would have been even closer to success in geometry if they had also memorized formulas for calculating perimeter and area and practiced simple calculations with these formulas. Then, they would have been prepared for the higher order thinking involved in proving that a formula or theorem is true.

The second lesson I learned is that being a lifelong learner is truly rewarding. In my own geometry class, I could complete proofs. I was fairly adept at seeing the logical steps to get from the beginning to the end and come up with right answers. However, as an adult geometry tutor, I truly understood how to write these elegant mathematical arguments. What a joy! It was a good reminder to me to keep at other subjects that I don’t understand as well, like macroeconomics.

In the previous Postcards issues on reading and writing, we looked at the skills associated with each stage of your child’s mental development (The Trivium—grammar, logic, and rhetoric). Understanding how to progress through these steps in math is equally important. To begin at the beginning, very small children must begin with math memory work.

Although the disciplines of teaching and learning math may seem difficult at times, it is worth the struggle. Consider the vision of God’s world that we open to our young mathematicians. Perhaps some of them will be like Johannes Kepler* and find fresh truths in the universe for worshipping the Creator: “The diversity of the phenomena of nature is so great, and the treasures hidden in the heavens so rich, precisely in order that the human mind shall never be lacking in fresh nourishment.”

*Johannes Kepler lived from 1571-1630. He is best known for discovering the laws of planetary motion. To learn more, see the Classical Conversations Famous Scientist cards.

Pick up a copy of The Core by Leigh Bortins to learn more!

The Core: Teaching Your Child the Foundations of Classical Education by Leigh A. Bortins

“Why Saxon?” by Leigh Bortins

Understanding Mathematics: From Counting to Calculus

To read additional articles about The Core, click on the links below: