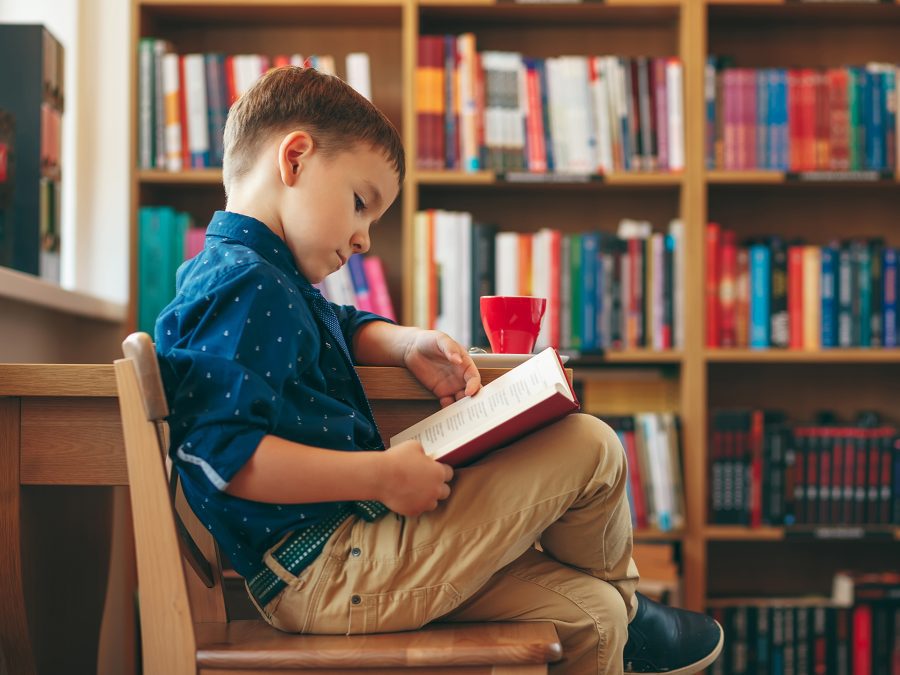 In one of the most famous allegories of all time, the ancient Greek philosopher Plato tells the story of a cave where people are both blinded and bound. Each captive has a fire behind them and can see flickering shadows on the walls. But one day, a man takes one of these captives out of the cave and into broad daylight. The captive’s eyes water. He writhes in pain. But gradually, the no-longer captive’s eyes adjust to the brightness, and he can see.

This allegory is a metaphor for classical education. Today, knowledge of self is exalted by society, but classical education is about more than the self. To gain this self-knowledge, one must first grow accustomed to the light of the sun and the nature of the things it illuminates. Life must not be a search for self as it is, but rather a search for the things which reveal and refine the self into what it is meant to be. Thus, education is more than an unveiling of knowledge; it is a journey of the soul into deeper wisdom and virtue.

The First Purpose of Education: Information

Education has three purposes, which make up the first three stages of classical learning. Collectively, these three stages are called the Trivium. The first purpose is basic: the retainment of information, or the “grammar” stage. When learning a language, one of the first things anyone has to know is vocabulary. After all, without vocab… there can’t be many conversations (classical or otherwise). This is an example of a subject’s grammar, or its foundations.

Although the grammar stage is the first tier of classical education, it is not limited to any particular year of schooling. Instead, grammar is the first thing any student new to a subject must learn. So, a Challenge IV student could be in the grammar stage in theology, still memorizing the basic terms necessary to move onto the next stage (though they would likely not stay there for long).

While the grammar stage is undoubtedly necessary, it is not the end goal of education. One who has a vast store of information but doesn’t know how to use it or correctly apply it to their life sees only a third of the picture. Indeed, in our digital age, those who only memorize how to perform a task or retain a shred of information can easily be replaced by a computer.

The Second Purpose of Education: Application

The second purpose of education is the application and synthesis of information. A student in the “dialectic” stage knows how to apply the information they have mastered in unfamiliar contexts. Dialectic students have those “aha!” moments where they recognize that something from one subject relates to another.

An example of dialectic reasoning is when I realized that the ancient philosophies of Stoicism and Epicureanism, which I learned about in philosophy and Latin, were addressed specifically by Luke in Acts 17:18. This led me to wonder: How much did these philosophies influence the Roman world during biblical times? This synthesis of information gave me the tools to better understand the cultural contexts of ancient philosophy and the New Testament.

Dialectic learning allows one to take the information they have gathered and use it. Knowing that Thales of Miletus thought all existence could be reduced to water means nothing by itself. But pondering his beliefs — why he thought such, how he came to this conclusion — allows one to apply this information to their life and learning.

The Third Purpose of Education: Virtue

The pursuit of virtue is the third and final goal of education. Students should have their gaze fixed upon the end goal even in the grammar stage because with knowledge comes power, and power must be used wisely. Wisdom, justice, courage, temperance, faith, hope, and love are the fruit that true education equips students to bear.

The “rhetorical” stage embodies this purpose. Rhetorical students are able to ask why and then move on to apply information to practice. The rhetorical student knows, understands, grows, and teaches.

Rhetorical knowledge is tested in Classical Conversations through many events throughout the Challenge years, including Mock Trial, Team Policy and Lincoln-Douglass debates, Shakespeare performances, and Senior Thesis. In the latter Challenge years, students lead strands, requiring a mastery of information and understanding of the why, as well as the ability to present both. In this sense, the essence of rhetoric — the goal of education — is the ability to teach.

Would that man ever want to return to the cave? Would he want to return into ignorance and forsake the gift he had been given? Of course not. He would walk away and never look back.

The Highest Purpose of Education

Those who have knowledge have nothing if they do not have the virtue by which to use it. Jesus asks in Mark 8:36 (ESV), “What does it profit a man to gain the whole world and forfeit his soul?” Those who are given knowledge are also given a sacred responsibility.

At the end of Plato’s allegory, the enlightened man returns to the cave to share the good news. But this story does not have a happy ending. The man tells the captives about the world outside, but is ridiculed for his blindness in the cave. Not one captive believes him. Plato proceeds to ask what would happen if the captives caught the man dragging them into the sunlight.

Their answer? They would kill him.

Plato was not a Christian, but his writing whispers God’s name. The captives of sin did kill the Man of the Light. Christians, enlightened by the knowledge and virtue of Christ, are called to return into the darkness to spread the truth. Therefore, the highest purpose of education is to “buy truth, and do not sell it” (Proverbs 23:23a, ESV), to acquire virtue and to spread that virtue in the darkness, to know God and to make Him known.

This post was written by Micah T. Wilkes, a rising Challenge IV student and avid writer.