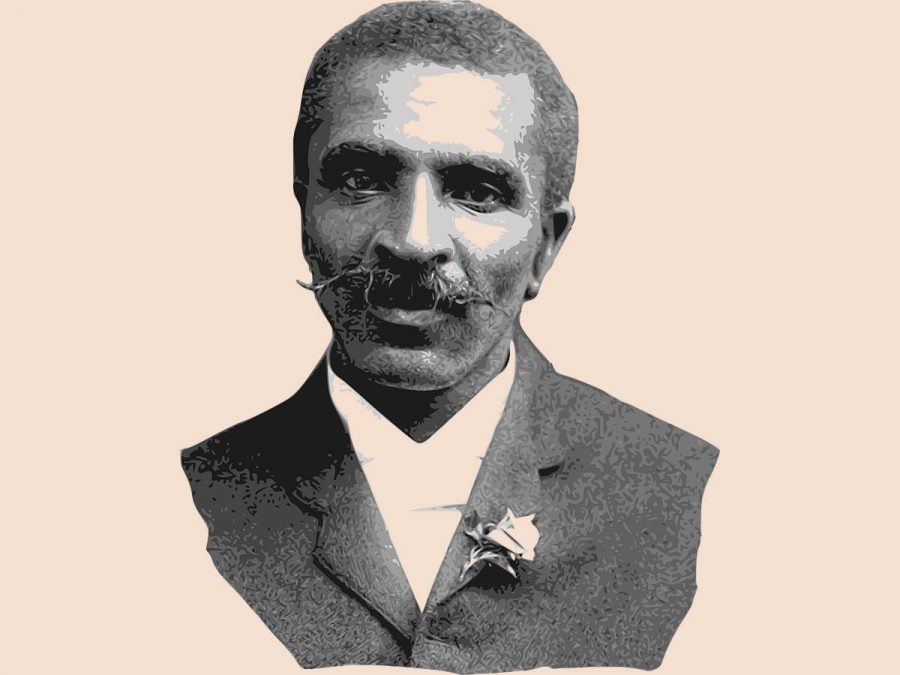 I love to think of nature as unlimited broadcasting stations, through which God speaks to us every day, every hour and every moment of our lives, if we will only tune in and remain so.”

The Life of George Washington Carver

To conclude our Black History Month series on great figures in American history who have shaped our world today for the better, this post will discuss the inspiring life of George Washington Carver and the lessons we can learn from his example.

The following quotes are from A Brief Sketch of My Life by George Washington Carver, an excerpt of which can be found in The American Experience Storybook.

Being conscious as never before that I was left alone, I trusted God and pushed ahead.”

Born a slave, George Washington Carver became one of the most well-respected, innovative scientists in history, not to mention becoming a member of the British Royal Society for Arts, the first African American to have a monument built in his honor, the director of the agricultural department at the Tuskegee Institute (upon Booker T. Washington’s request), and the agricultural advisor to both President Theodore Roosevelt and Mahatma Gandhi.

To say George Washington Carver accomplished a lot in his lifetime is a staggering understatement. But as you can imagine, being born into slavery his life was not just one success after the other. Indeed, his early life was tragic, and he lost everyone close to him — his father was killed in a wagon accident, his mother sold to another master, and his only brother died of smallpox.

Carver wrote the quote above about how he felt after learning about the death of this brother. It’s remarkable that amidst all this suffering, he was able to trust the Lord and carry on. He did not let the unfair circumstances he was dealt change the course of his life, but rather he persevered to become the great man he is remembered for today.

When just a mere tot in short dresses my very soul thirsted for an education. I literally lived in the woods. I wanted to know every strange stone, flower, insect, bird, or beast. No one could tell me.”

Following this quote, Carver goes on to relate how his only book as a child was a Webster’s Elementary Spelling Book, which certainly did not satisfy his curiosity about the natural world. So, after the end of the Civil War, his former master enrolled Carver in school where he further developed a love of learning. Later, he took it upon himself to go to college.

Sadly, Carver’s first college application was denied when the university learned of his skin color. But because he had a passion for science and learning, he began conducting biology experiments in his own home while taking art and music classes at a nearby college.

Even so, Carver decided not to give up on his passion for science and to apply to Iowa State, where he became the first black student to be admitted to the school and where he received his bachelor’s and mater’s degrees in agriculture. Despite setbacks, Carver knew what he was passionate about and followed his curiosity about science and nature.

I would never allow anyone to give me money, no difference how badly I needed it. I wanted literally to earn my living.”

Carver was intensely curious about the natural world and was determined to learn as much as he could, regardless of having little money. Throughout his education, both while living with his former master’s family and while pursuing his college degrees, Carver supported himself and paid for his own education by cooking, cleaning, and doing laundry for various families.

Just like the man he was named after, George Washington Carver took ownership of his own education. Passionate and determined to learn, Carver paid for his own schooling and continued his education even after receiving his master’s degree by performing various scientific experiments and inventing new uses for peanuts, sweet potatoes, and soybeans so that farmers could grow these crops rather than planting cotton year after year, a process bad for the soil and plants.

Indeed, Carver’s lifelong love of learning and the ownership of his education is the perfect example to middle and high school students in the Classical Conversations Challenge program, which is all about training students to own their education.

If the life of George Washington Carver teaches us anything, it’s that in order to persevere amidst suffering and setbacks, we need to trust God, remember our passion or “why” for moving forward, and take ownership of our actions toward what we desire in life. You can read more about Carver in a Classical Conversations favorite, The American Experience Storybook.

This is the final post in our Black History Month series celebrating the lives of great men and women throughout history and the lessons we can learn from them. Below are links to the other posts in this series:

Will a Classical Education Get Your Child a Job? (Updated for 2022)